At least eight dead in ‘historic’ U.S. storm - and more snow is on the way

New York state is facing another huge snowstorm, which could leave some areas under more than 2.5m of snow by Friday. At least eight people are known to have died so far - five from heart attacks - and hundreds were trapped in their homes or vehicles after a first blast of snow hit the north east of the United States. A state of emergency has been declared in Buffalo after 1.8m of snow swept into the city from across Lake Erie. Families who opened their doors to find themselves sealed in their homes by walls of the white stuff have been trying to dig themselves out even as the next storm heading their way threatens to break records.

This is an historic event. When all is said and done, this snowstorm will break all sorts of records.

A state of emergency and travel bans are in effect across Buffalo’s Erie County and authorities ordered people to stay at home to allow crews to clear roads, repair power lines and provide emergency assistance to the most vulnerable. County spokesman Peter Anderson said runways at Buffalo Niagara International Airport were open, but that “a lot of flights” were being cancelled because people cannot get to the airport. The National Guard was called in to assist military Humvee vehicles after New York’s transportation department worked through the night to rescue stranded motorists and take people to shelters. 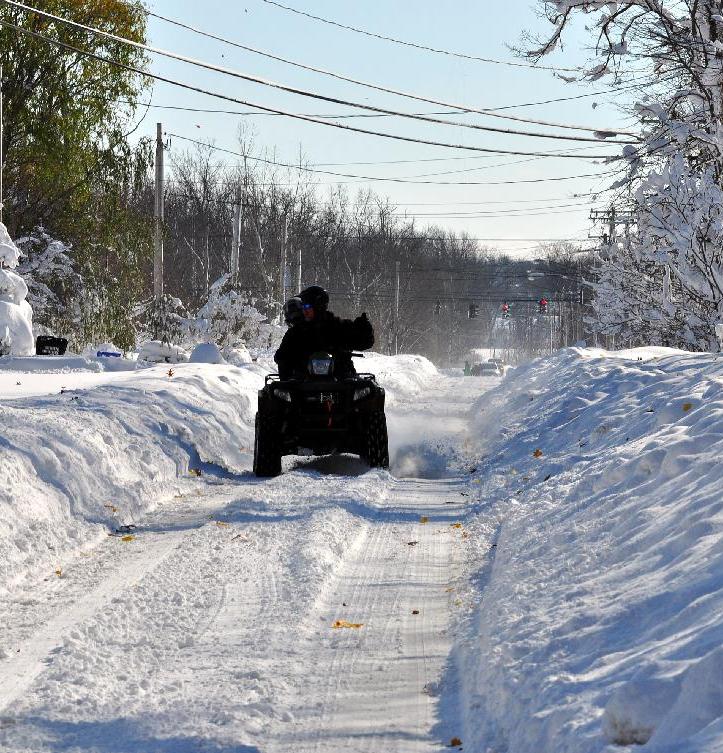