A man apparently upset about U.S. immigration policy was fatally shot on Friday after firing more than 100 rounds of ammunition at buildings including the Mexican consulate, a U.S. courthouse and police headquarters in the Texas capital, police said. Police identified the gunman as Larry McQuilliams, 49, an Austin resident with a criminal history. Police said they were investigating whether McQuilliams died of a self-inflicted wound or from a shot fired by a mounted officer who was bringing horses into a stable near police headquarters. No one else was injured in the incident, police said.

When you look at the national debate right now about immigration, that … comes to mind. Sometimes our political discourse becomes very heated and sometimes very angry.

McQuilliams also tried to set the Mexican consulate on fire, and police said they found portable propane cylinders at the scene. The attack on government buildings, including the consulate, comes at a tense time in immigration politics in the United States, after President Obama took executive action to help an estimated 4 to 5 million unauthorised immigrants work and otherwise function in the U.S. without fear of deportation. 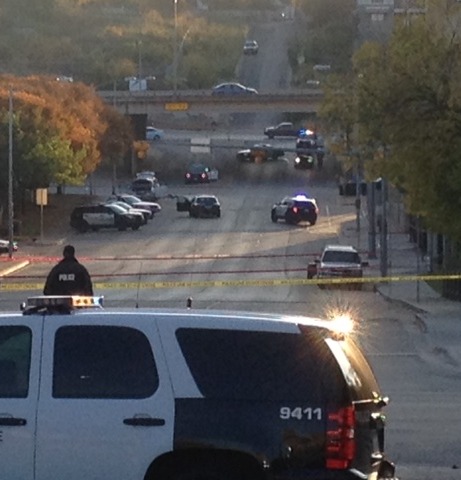