A Texan 29-year-old who was recently released from a psychiatric hospital has held a press conference in North Korea, thanking leader Kim Jong-Un for his “generous reception” and slamming U.S. political and economic systems. Arturo Pierre Martinez had previously tried to swim across the Han river between the two Koreas to enter the North only to be caught and sent back to the U.S., where he was placed in a psychiatric hospital, his mother told CNN. “But he got out,” Patricia Eugenia Martinez said, adding her son was bipolar. Martinez successfully entered North Korea from China in November.

He… got the court to let him out and instead of coming home to us he bought a ticket and left for China.

Patricia Eugenia Martinez, mother of the American in North Korea

At the Sunday press conference Martinez admitted entering North Korea illegally and thanked the nation for their generosity. Martinez appeared wearing a suit and tie and delivered a statement in a large boardroom. He denounced the U.S. government, accusing it of operating like “a Mafia enterprise” plundering other nations. The North aired the criticisms by Martinez of his own government at a time when Pyongyang is under growing international pressure to improve its human rights record.

The democracy of this nation is an illusion and its representatives act as nothing more than powerbrokers for those who can offer them. 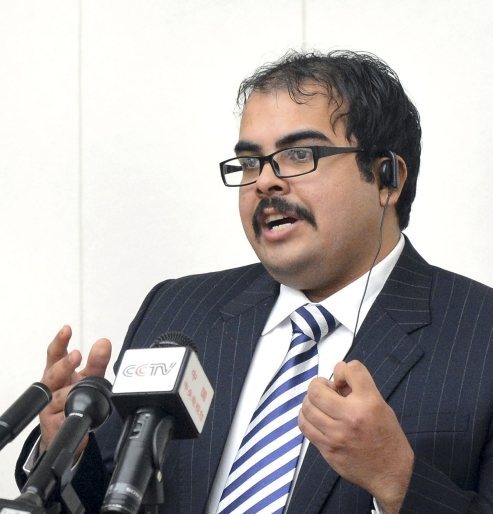