Clashes have taken place in Brazil after a 10-year-old boy was allegedly shot dead by police during an operation against drug gangs. Eduardo de Jesus Ferreira was killed at the Complexo Alemao shantytown in Rio de Janeiro, sparking protests in the area. His mother Terezinha Maria de Jesus told G1 news portal her son was at the door of their house when she saw a police officer shoot him. Authorities said the officers involved in the anti-gang operation have been suspended while an investigation is carried out.

Those dead are innocent. They are children and elderly people who were inside their houses, they were not in the street. When we go to work we can die by a stray bullet in our heads and it’s over, and then? And then? Where is this (situation) going, where?

It came after Elizabeth de Moura Francisco, a 41-year-old housewife from Complexo Alemao, was killed by a stray bullet in her house on Wednesday. Residents to the streets in anger at the killings, with some hurling rocks and bottles at police lines. Officers responded with tear gas and stun grenades. TV pictures showed demonstrators marching through the slum, chanting: “Justice, justice!” One carried a placard saying: “A son lost his mother, a mother lost her son. That’s how we are surviving in the complex.” 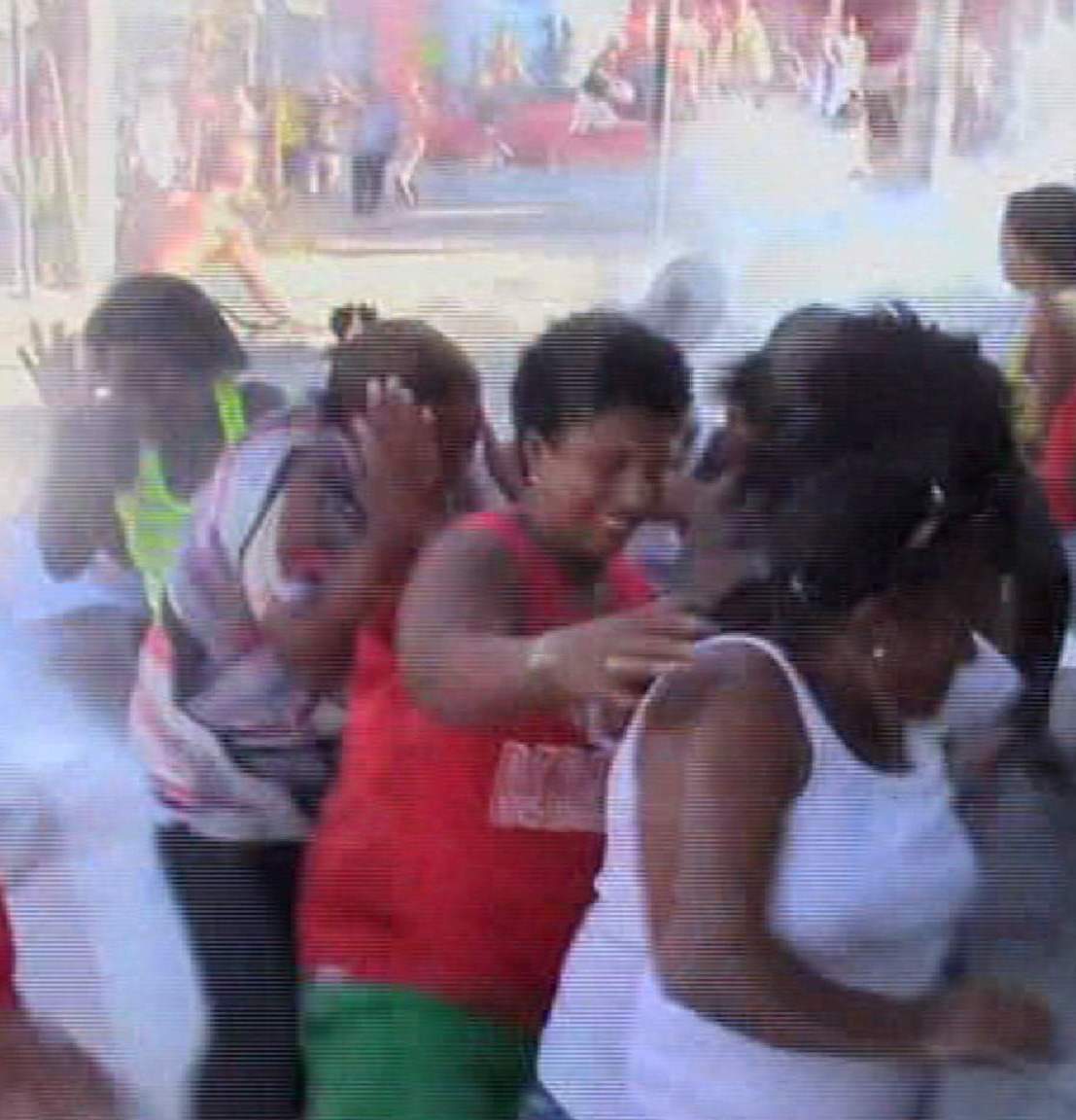