European comet lander Philae “sniffed” organic molecules containing the carbon element that is the basis of life on Earth before its primary battery ran out and it shut down, German scientists said. They said it was not yet clear whether they included the complex compounds that make up proteins. One of the key aims of the mission is to discover whether carbon-based compounds, and through them, ultimately, life, were brought to early Earth by comets.

We are well on our way to achieving a greater understanding of comets. Their surface properties appear to be quite different than was previously thought.

Philae landed on comet 67P/Churyumov–Gerasimenko after a 10-year journey through space aboard the Rosetta spacecraft on a mission to unlock details about how planets and maybe even how life evolved. It wrapped up its 57-hour mission on the comet’s surface on Saturday after sending back data from a series of experiments as its battery ran out. Comets date back to the formation of our solar system and have preserved ancient organic molecules like a time capsule. 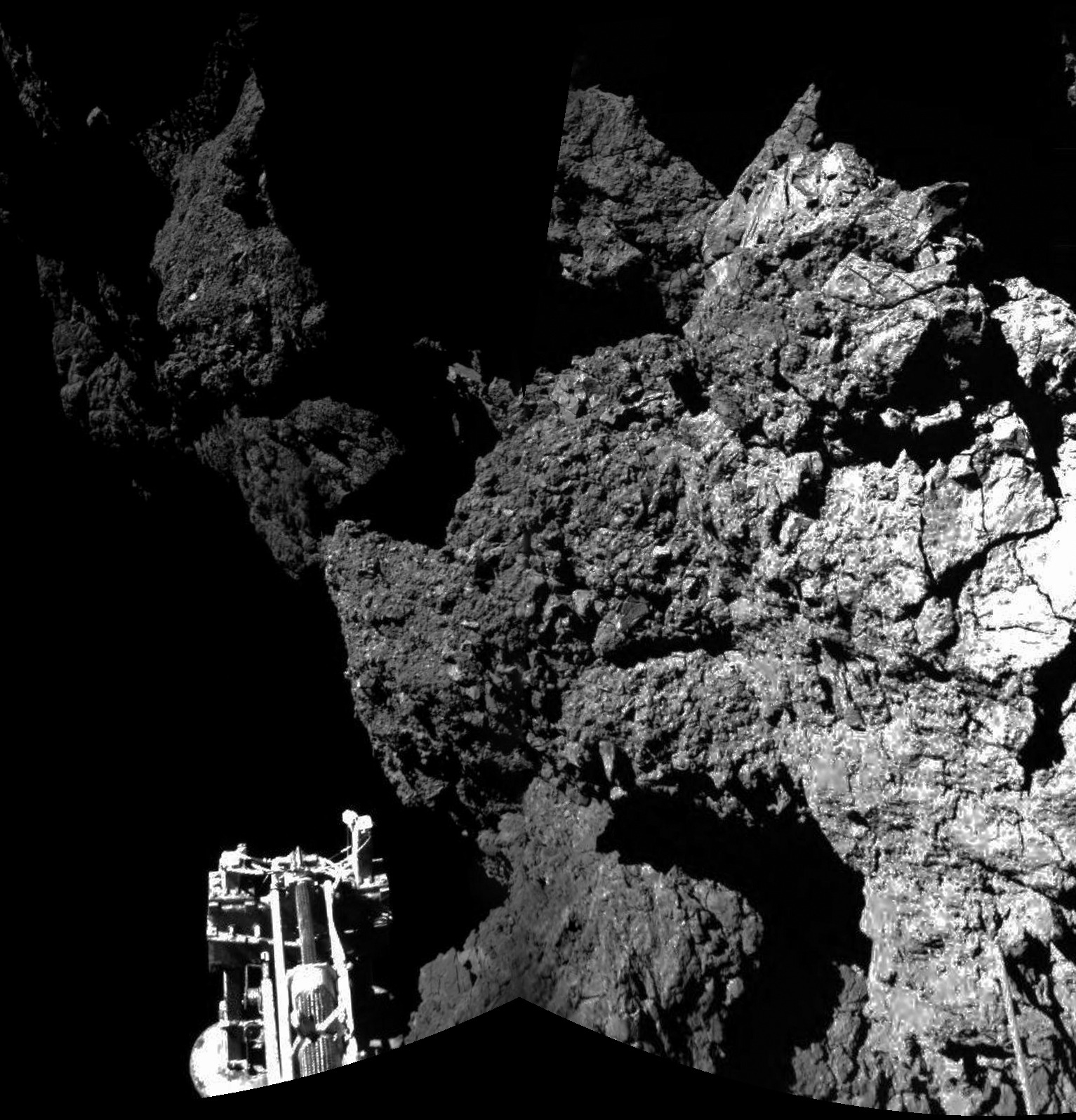