Two Canadian men are each cycling across the country this summer on separate missions to raise awareness around causes to which they want to call attention. Ron Hahn of Edmonton, an organ donor recipient, is bicycling 90 kilometres per day this summer on a coast-to-coast, 8,600-kilometre trip to spread organ donation awareness. Meanwhile, Joseph Boutilier’s journey involves travelling from Victoria, B.C., to Ottawa this summer on a unicycle to call for political action on climate change.

If people were more aware and sign up to be donors when they pass away, I think that waiting list [for organs] would be significantly reduced.

Hahn says that planning to donate organs after death—where most transplants come from—is a difficult topic that many simply never broach because it deals with their own mortality. According to the latest report from the Canadian Institute for Health Information, 3,428 people were on the waiting list for kidneys in Canada in 2012, while only 1,358 transplants were performed that year. As for Boutilier’s cause, he says that the motivation for his journey was Prime Minister Stephen Harper’s government and its inaction with regard to climate change.

Canada used to be a leader on environmental issues in general and we’ve really dropped the ball, and I feel like we are now obstructing international progress specifically to address climate change. 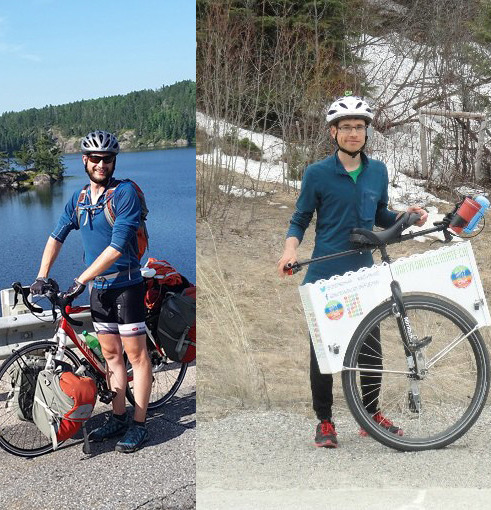