Authorities in Brazil say they have reached a deal to end the riot at a jail in which two prisoners were beheaded. Two other inmates died after being thrown from the roof and two guards were taken hostage at the facility, in the southern city of Cascavel. A spokesman for the Parana state attorney’s office said an agreement had been signed and prisoners were being transferred to another jail.

The fact that prisoners took hostages would reinforce that view [that gang rivalry was a factor].

Police have yet to enter the prison to assess the damage and see if there were any more casualties. They have yet to name the four men who were murdered. Some 800 inmates—80 per cent of the total population—took part in the riot, which began on Sunday as breakfast was being served. Guards were overpowered, furniture burned and rooms smashed up with metal poles. Prison authorities said the inmates were demanding improved facilities, better quality food and more flexible visiting hours. 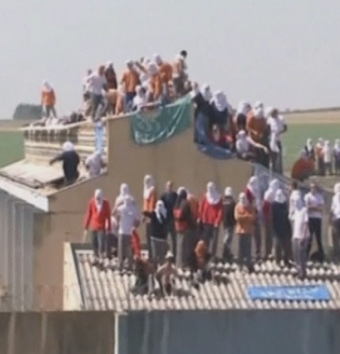