Back in 2012, the Sun erupted with a powerful solar storm that just missed the Earth but was big enough to knock modern civilisation back to the 18th century. Experts say solar storms can cause widespread power blackouts, disabling everything from radio to GPS communications to water supplies – most of which rely on electric pumps. Instead the storm cloud hit the STEREO-A spacecraft, a solar observatory that is “almost ideally equipped to measure the parameters of such an event,” said NASA.

If the eruption had occurred only one week earlier, Earth would have been in the line of fire.

Professor of atmospheric and space physics at the University of Colorado, Daniel Baker

The National Academy of Sciences has said the economic impact of a storm like the one in 1859 could cost the modern economy more than two trillion dollars and cause damage that might take years to repair. Scientists have analyzed the treasure trove of data it collected and concluded that it would have been comparable to the largest known space storm in 1859, known as the Carrington event. It also would have been twice as bad as the 1989 solar storm that knocked out power across Quebec, scientists said.

I have come away from our recent studies more convinced than ever that Earth and its inhabitants were incredibly fortunate that the 2012 eruption happened when it did. 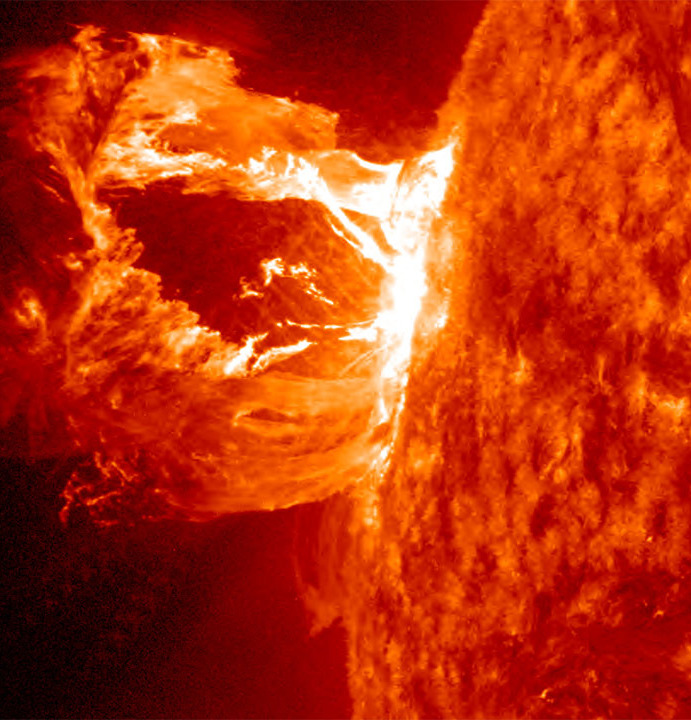