'Fastest Nun in the West' now on path for sainthood

She challenged Billy the Kid, calmed angry mobs and helped open New Mexico territory hospitals and schools. Now she’s on track to a sainthood. Not bad for ‘The Fastest Nun in the West’. The Archdiocese of Santa Fe is exploring sainthood for Italian-born nun, Sister Blandina Segale, who worked in Ohio, Colorado and New Mexico. Archbishop Michael Sheehan said he has received permission from the Vatican to open the “Sainthood Cause” for the educator and social worker.

There are other holy people who have worked here. But this would be a saint (who) started institutions in New Mexico that are still in operation.

Segale came to Trinidad, Colorado, in 1877 to teach poor children and was later transferred to Santa Fe, where she co-founded public and Catholic schools. During her time in New Mexico, she worked with the poor, the sick and immigrants. She also advocated on behalf of Hispanics and Native Americans who were losing their land to swindlers. Her encounters with Old West outlaws later became the stuff of legend and were the subject of an episode of the CBS series “Death Valley Days.” The episode, called “The Fastest Nun in the West,” focused on her efforts to save a man from a lynch mob. But her encounters with Billy the Kid remain among her most popular frontier adventures. Many of the tales she wrote in letters to her sister later became the book, “At the End of the Santa Fe Trail.”

She was just amazing. It’s tough to live up to her example.

Victoria Marie Forde of the Sisters of Charity of Cincinnati 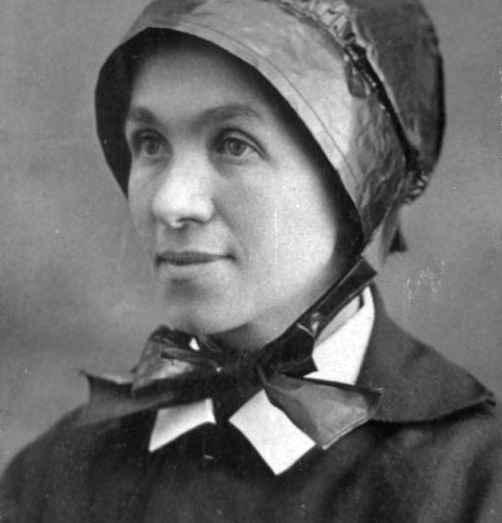