The father of a black teenager shot dead by police in Missouri has appealed for peace as the family prepare to bury the 18-year-old. Michael Brown will be laid to rest later today at a public funeral in a St Louis church. His Aug. 9 shooting death by a white police officer in Ferguson, a predominantly black St Louis suburb, has sparked days of sometimes violent protests.

All I want tomorrow is peace while we lay our son to rest. Please, that’s all I ask.

Brown Sr, speaking before hundreds of people at an event in St Louis’ largest city park, was joined by the parents of Trayvon Martin, a Florida teenager shot dead in 2012. In Ferguson, police and demonstrators have clashed on and off for more than a week. Authorities have come under fire for mass arrests and the use of heavy-handed tactics and military gear.

This is not about our rage tomorrow. It’s about the legacy and memory of his son. 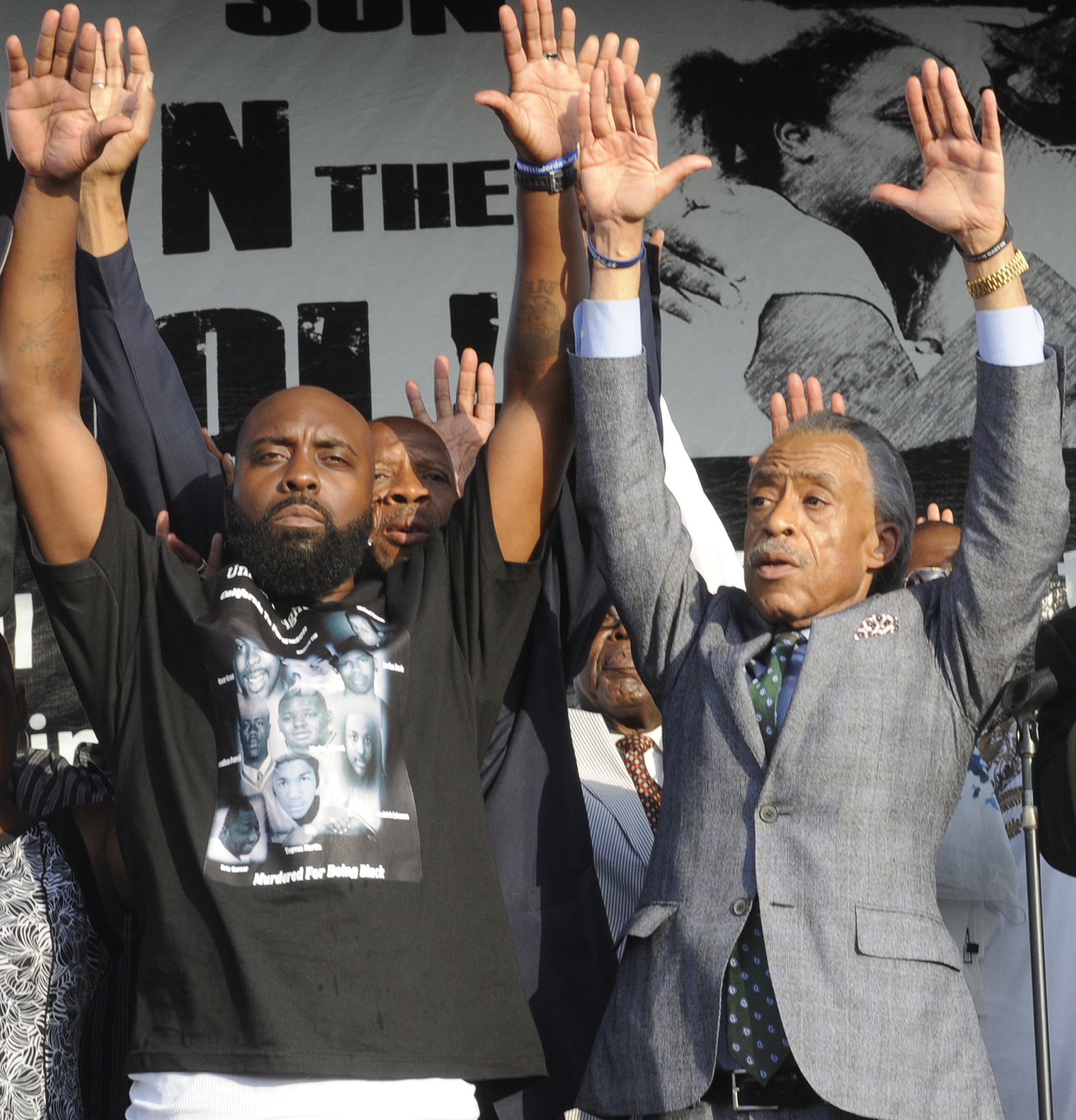