Police say the FBI is taking over the investigation of a St Louis police officer who fatally shot an unarmed black teenager. Looting and rioting broke out in the suburb of Ferguson after a vigil for Michael Brown, who was shot dead by police. Protesters smashed car windows and carried away armloads of looted goods from stores on Sunday night, as several stores along a main road near the shooting scene were broken into and looted, including a liquor store and a small grocery store. Police in riot gear were deployed to the streets.

Right now, the small group of people are creating a huge mess.

Earlier, thousands of people had attended the candlelit vigil for 18-year-old Brown in the predominantly black suburb. Police are investigating exactly what happened. County Police Chief Jon Belmar said the shooting occurred after an officer encountered two people—one of whom was Brown—on the street near an apartment complex. Belmar said one of the men pushed the officer back into his squad car and a struggle began. At least one shot was fired from the officer’s gun inside the police car. It was not clear if Brown was the man who struggled with the officer. 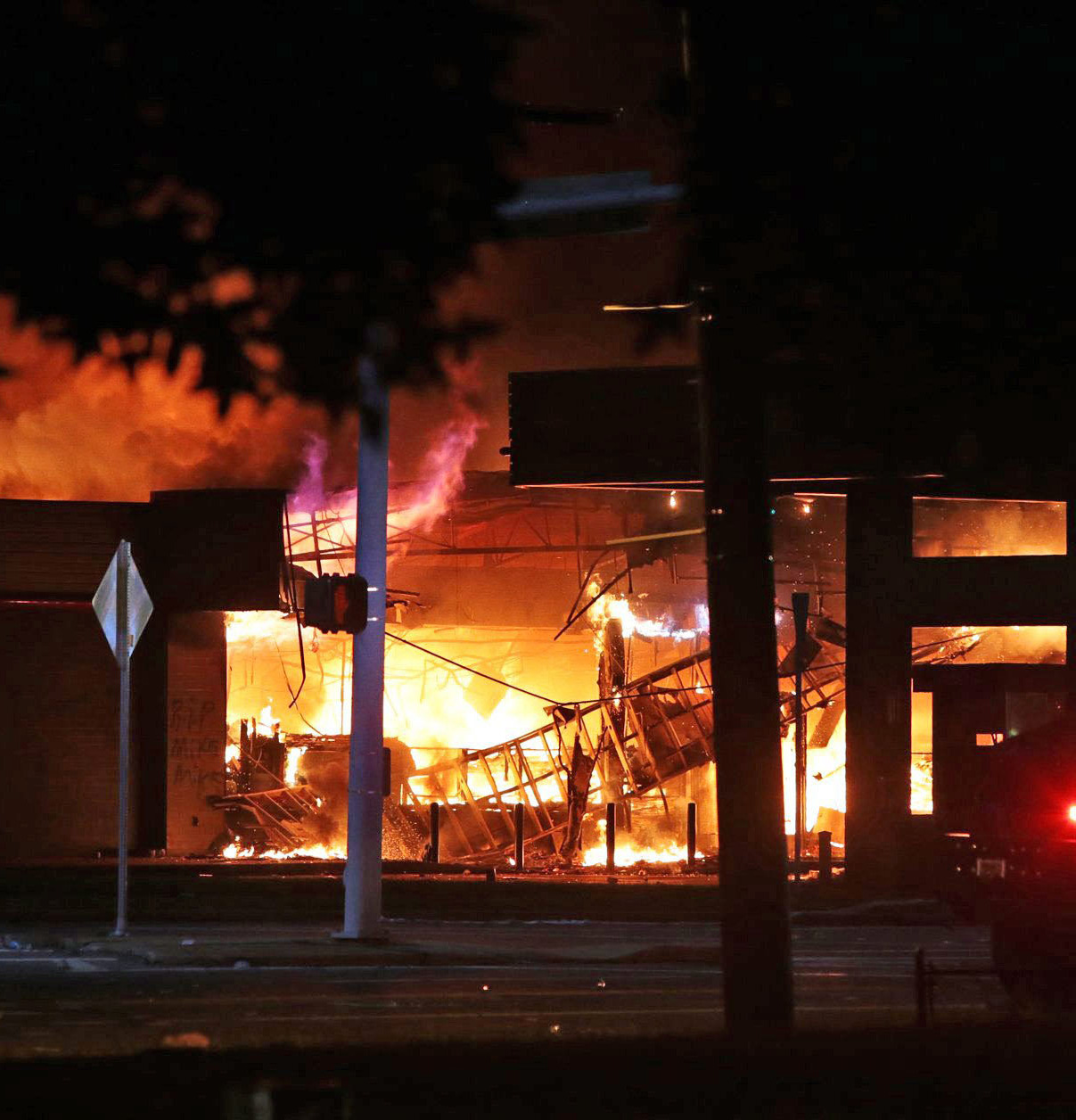