Scientists say 21 yellowtail jacks and one Asian striped knifejaw have been quarantined in the U.S. after hitching a cross-Pacific ride in the bow of the boat found last week. The wreckage of the fishing boat appears to be debris from the 2011 Japanese tsunami and was spotted off the Oregon coast. Fish washed up in debris can bring parasites and diseases to native species, but biologists say the latest fish pose little threat. Still, they have been quarantined at the Oregon Coast Aquarium and will be available for public viewing.

We didn’t know how little we knew about this. We expected that after four years there wouldn’t be any debris coming across the ocean. But we were surprised.

During the four years since the tsunami, scientists have found about 300 marine species that have drifted to the Oregon shore inside or attached to debris, said John Chapman, an aquatic invasive species expert at Oregon State University. Finding live fish in tsunami debris is significant, Chapman said, because scientists previously predicted that live organisms would not drift across the ocean on floating objects. The fact that they do means they may be bringing parasites and diseases – something scientists must monitor closely. 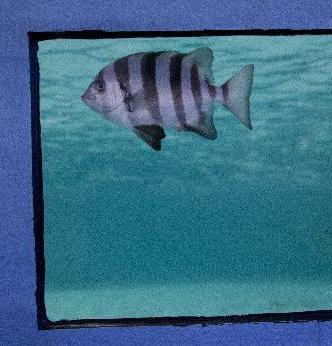