Authorities warned that record-breaking snowfall that buried towns near Buffalo, New York, is posing a major flooding threat Saturday with temperatures forecast to rise. The zone was previously under a flood watch, which urges people to prepare for the possibility of a flood, while a more serious flood warning is issued when flooding is imminent or occurring. The warning was in effect in northern Erie, Genessee, Wyoming, Chatauqua, Cattaraugus and southern Erie counties, including the cities of Buffalo, Batavia, Warsaw, Jamestown, Olean, Orchard Park and Springville.

Only the city of Buffalo south of Seneca Street, the city of Lackawanna and the town of Eden have driving bans now.

More than 600,000 people live in the area, where thousands, particularly in towns south of Buffalo, have been trapped in their homes for nearly a week. They cannot open their doors due to heavy snowpack. Authorities urged people to clear storm drains in front of their homes, and to get any valuables out of their basements. Snowfall roughly equivalent to a year’s supply of snow in two days saw 14 deaths and the National Guard called up, and could yet prompt a federal disaster declaration, local officials said. Many of those who died lost their lives while clearing mounds of heavy snow from their cars and homes.

We are just watching TV and watching the news, we are both hungry and fighting with each other

South Buffalo resident Christopher Orazio, who has been trapped at home with his girlfriend for several days. 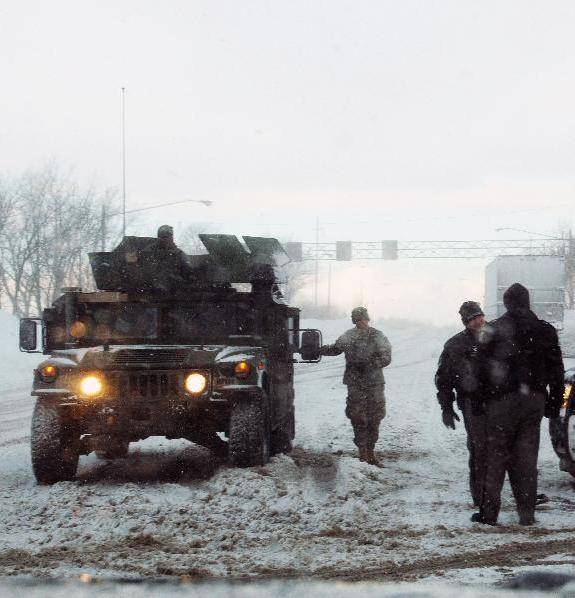