If you are planning to visit Singapore near the end of next year, you might find your plates coming to you on trays held not by waiters, but by drones. Singapore company Infinium Robotics announced Thursday it has signed a memorandum of understanding with local restaurant bar group Timbre, that will see Infinium-Serve, its autonomous flying robotic waiters, launched at Timbre Group’s five outlets in Singapore. In what is believed to be the world’s first commercial attempt at replacing humans with machines in this field, Timbre hopes to have the robots waiting tables by the end of next year, local media reported. These robots are not piloted via remote control. Users only need enter a command on which table to serve and the robot will be able to do so without further input.

This will allow us to serve our customers faster and, most importantly, it gives our staff more opportunity to engage and converse with customers. This creates an ideal situation, because we can now focus on building customer relationships.

According to Infinium Robotics CEO Woon Junyang, the project is estimated to cost a “low seven-figure sum” for the five outlets, depending on final negotiations and certain variables of the actual deployment of the robots. Both firms are looking to apply for productivity-related government grants to help offset the costs of deployment. Mr Woon also said that restaurant groups from China, Hong Kong, the United States and Europe have approached Infinitum with similar plans, adding that his company is currently in talks with them. Meanwhile, Managing Director of Timbre Group Mr Chia says the drones will aid in solving human resource issues at his outlets, which he says are understaffed.

We believe by implementing the Infinium-Serve, it will bring our staff to customer ratio to an optimum level and increase the quality of customer experience. 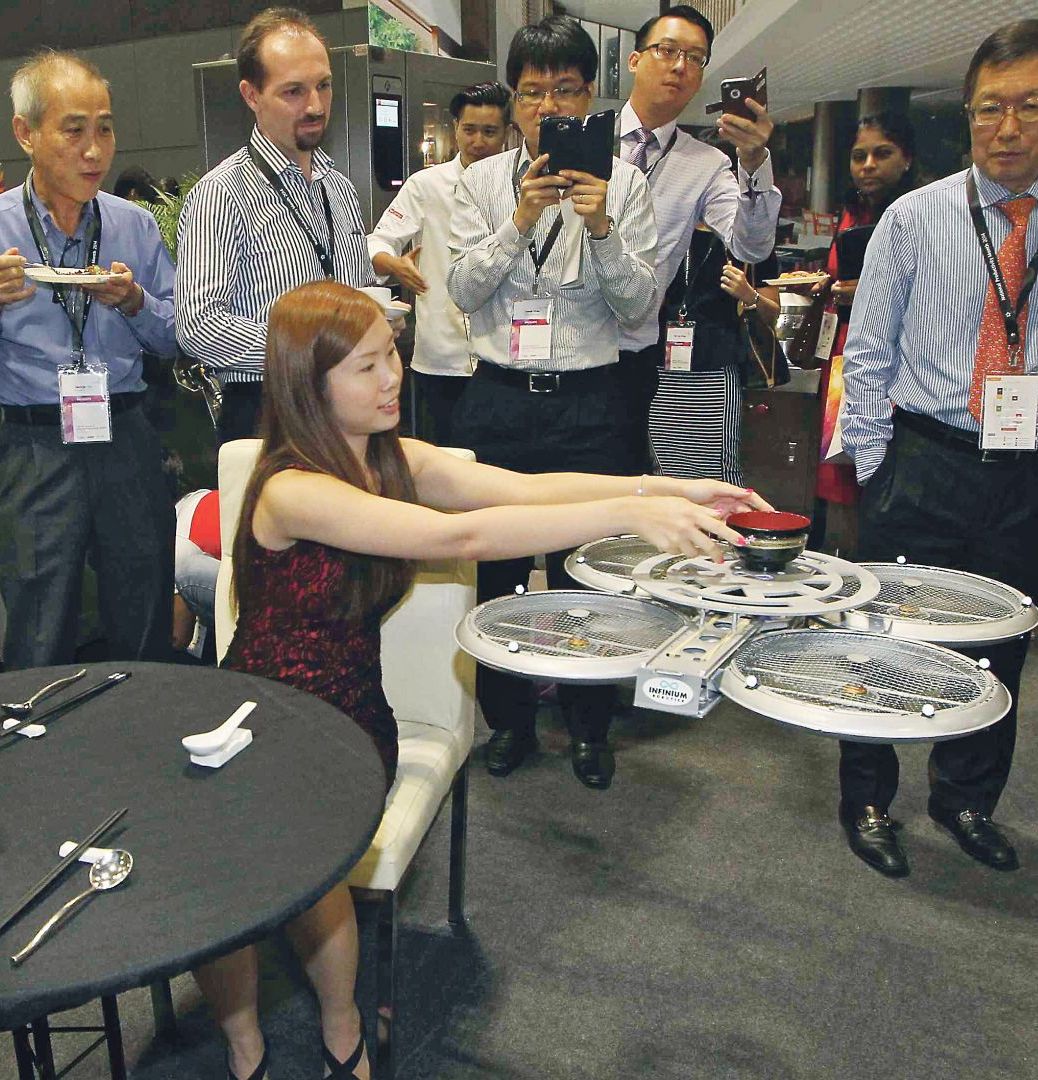