A stunningly preserved, soft-bodied fish that is more than 500 million years old could be the ancestor of almost all living vertebrates. The fossilized fish, called Metaspriggina, sports characteristic gill structures that later evolved into jawbones in jawed vertebrates, according to a new study based on fossils found mostly in British Columbia. The primeval creature lived during a period from 543 million to 493 million years ago known as the Cambrian Explosion, the evolutionary Big Bang when almost all complex life appeared.

For the first time, we are able to say this is really close to this hypothetical ancestor that was drawn based on a study of modern organisms in the 19th century.

Jean-Bernard Caron, co-author of the study and palaeontologist at the Royal Ontario Museum in Toronto

Jawed vertebrates—such as fish, birds and humans—make up about 99 percent of the vertebrates on Earth, but scientists don’t agree on how and when jaws first evolved. In the 1870s, naturalist Karl Gegenbaur noted that living fish such as sharks have five or six pairs of bars that support the gills, and that these so-called gill bars bear a striking resemblance to jawbones. The team of scientists was intrigued by the latest fossil’s seven pairs of structures on either side of the cavity at the back of the mouth, known as the pharynx. The first pair of these bars looked just like those that Gegenbaur predicted in the hypothetical ancestor to jawed vertebrates. 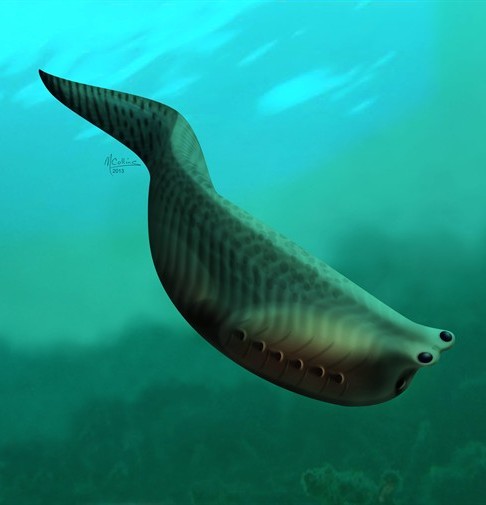