While bleaching can occur on very hot days in pools of water with little circulation (such as) very low tides on reef flats, it has become a global problem due to greenhouse gas emissions causing elevated temperatures under climate change.

Karl Fellenius, a Majuro-based marine scientist with the University of Hawaii, said the last major bleaching event was in 1997, when an exceptionally strong El Nino system affected about a quarter of the world’s coral reefs. He said indications were that the latest episode had affected up to 75 per cent of smaller corals and 25 per cent of the larger varieties at some sites in the Marshalls. He added that the bleached coral was becoming covered with algae, hindering its chances of recovery. The World Meteorological Organisation (WMO) raised the alarm about rising sea temperatures this month on the sidelines of UN climate talks in Lima, saying 2014 was set to be the hottest year on record, consistent with man-made climate change.

What is particularly unusual and alarming this year are the high temperatures of vast areas of the ocean surface. 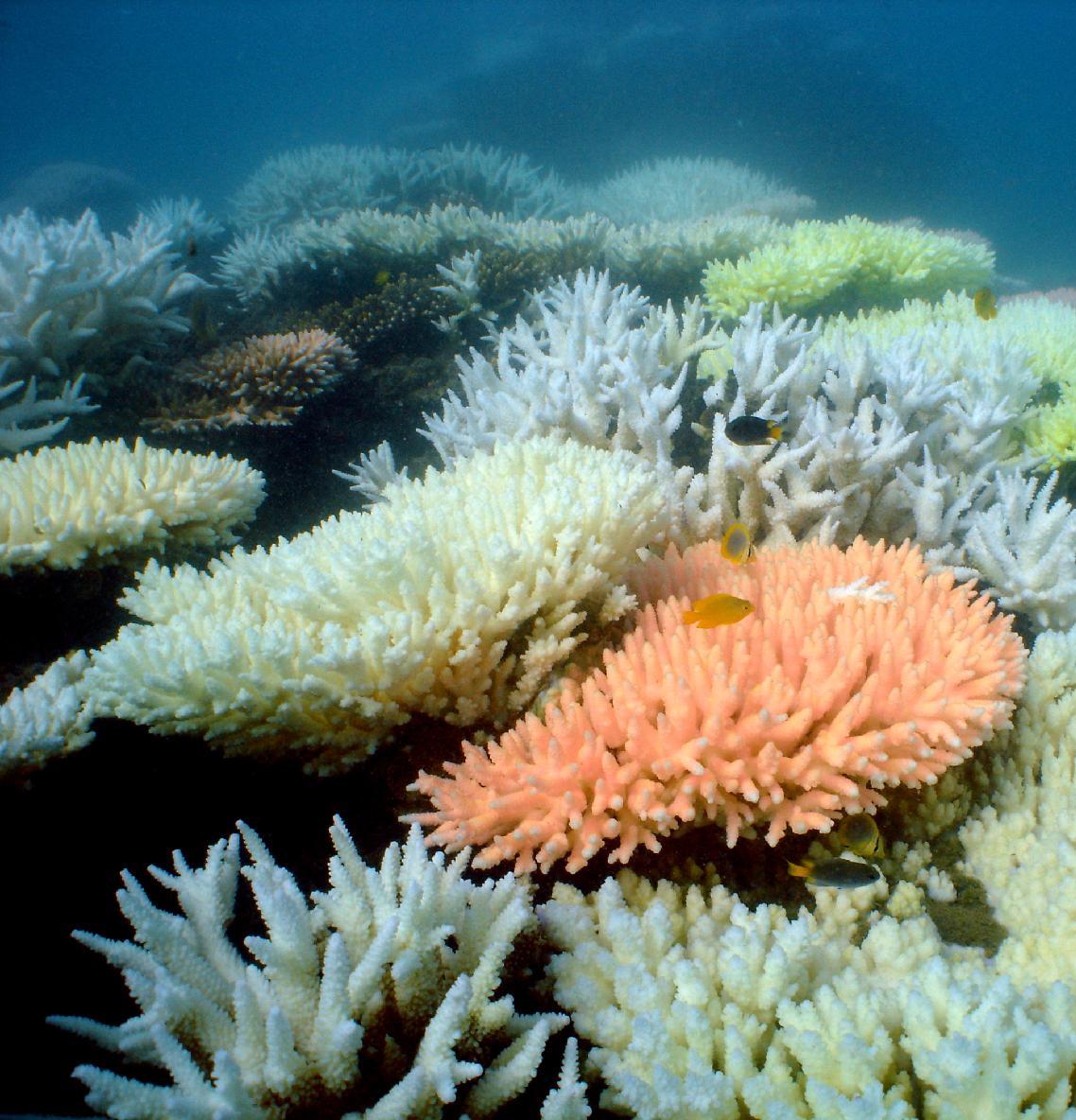