Google bought Songza for $35 million yesterday. In terms of dollar value and scope, it’s an afterthought move. Google, Amazon, Facebook and, yes, Yahoo, are all openly interested in getting to know users as well as possible. To the same point, it’s long past time for Internet users to ask if they aren’t giving themselves away too easily. Three days ago, we all pretended to be outraged after Facebook admitted to manipulating users’ emotions. Songza does nothing but seek to get into your heart and know you the way only a possessive ex-lover could.

If Google was an ex-girlfriend offering to DJ my life, I’d get a restraining order.

There’s a trade being made here. Billions are being spent getting to know you and what you’re getting in return is a playlist and some stories personally recommended for you. That’s fine, but what happens when you don’t have any more secrets to give? Thankfully, Songza probably knows some good emo songs to play for when you’re feeling super-violated because that’s all you’re going to get. 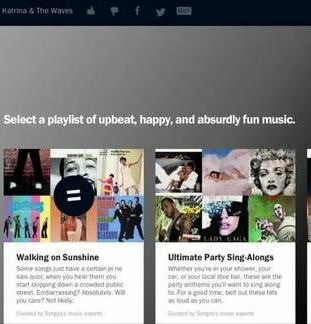