Internet giant Google and five Asian telecom firms will together invest about US$300 million to develop and operate a trans-Pacific submarine cable network connecting the U.S. with Japan. The project, named FASTER, would see the 9,000-kilometre fibre-optic cable stretch from two points in Japan to the United States, with extensions to other Asian locations later on, the companies said. In the U.S., the cable would be extended to link major cities on the West Coast including Los Angeles, San Francisco, Portland and Seattle.

The FASTER cable system has the largest design capacity ever built on the trans-Pacific route, which is one of the longest routes in the world. The agreement announced today will benefit all users of the global Internet.

Woohyong Choi, the chairman of the FASTER executive committee

Construction will begin immediately and the network will be ready for service in the second quarter of 2016, the statement said. The network will also be able to connect to neighbouring cable systems to extend its capacity to other Asian countries. 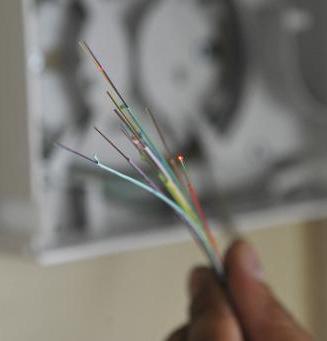