Defence Secretary Chuck Hagel has stepped down amid criticism of the campaigns in Afghanistan and against the Islamic State. President Barack Obama announced the 68-year-old former senator and Vietnam war veteran’s departure from the White House on Monday. “Over nearly two years, Chuck has been an exemplary Secretary of Defence,” Mr Obama said. Hagel, a former Republican senator, will stay on until the Senate approves his successor. Mr Hagel has served as Pentagon chief since early 2013.

It’s not unusual by the way, to change teams at different times.

A senior defence official said Mr Hagel submitted his resignation letter to the President on Monday morning and that Mr Obama accepted it. Both Mr Hagel and Mr Obama “determined that it was time for new leadership in the Pentagon”, the official said, after the two men held discussions over several weeks. Mr Hagel served as senator from Nebraska and became a critic of US involvement in Iraq. He received two Purple Hearts for his service in the Vietnam War. Top potential candidates to replace Mr Hagel include Michele Flournoy, a former under secretary of defence, and Ashton Carter, a former deputy secretary of defence. 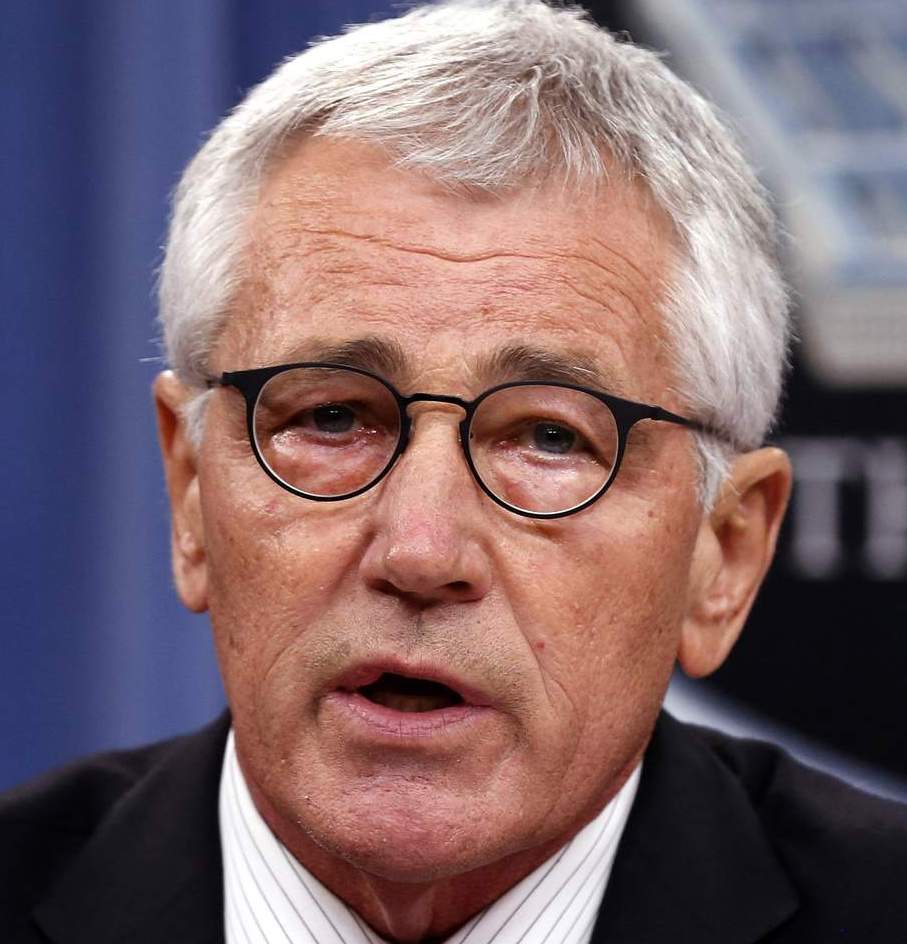