Heads up, World Cup teams: The robots are coming!

When robots first started playing football, it was a challenge for them just to see the ball. And to stay upright. But the machines participating in this month’s international RoboCup tournament are making passes and scoring points. Their ultimate goal? To beat the human World Cup champions within the next 35 years. A week after the World Cup title game, teams from 45 countries will face off at RoboCup in the Brazilian coastal town of Joao Pessoa.

It’s hard to predict what will happen in 2050, but we are on the right path.

The “players,” which range from life-size humanoids to wheeled objects the size of footballs, compete in size-based divisions on miniature indoor fields. They play much shorter matches—about 20 minutes, compared with 90 minutes in the World Cup—but generally follow the same rules. Humans referee the games, entering their calls into a computer that communicates with the robots. The tournament runs from July 19-25. 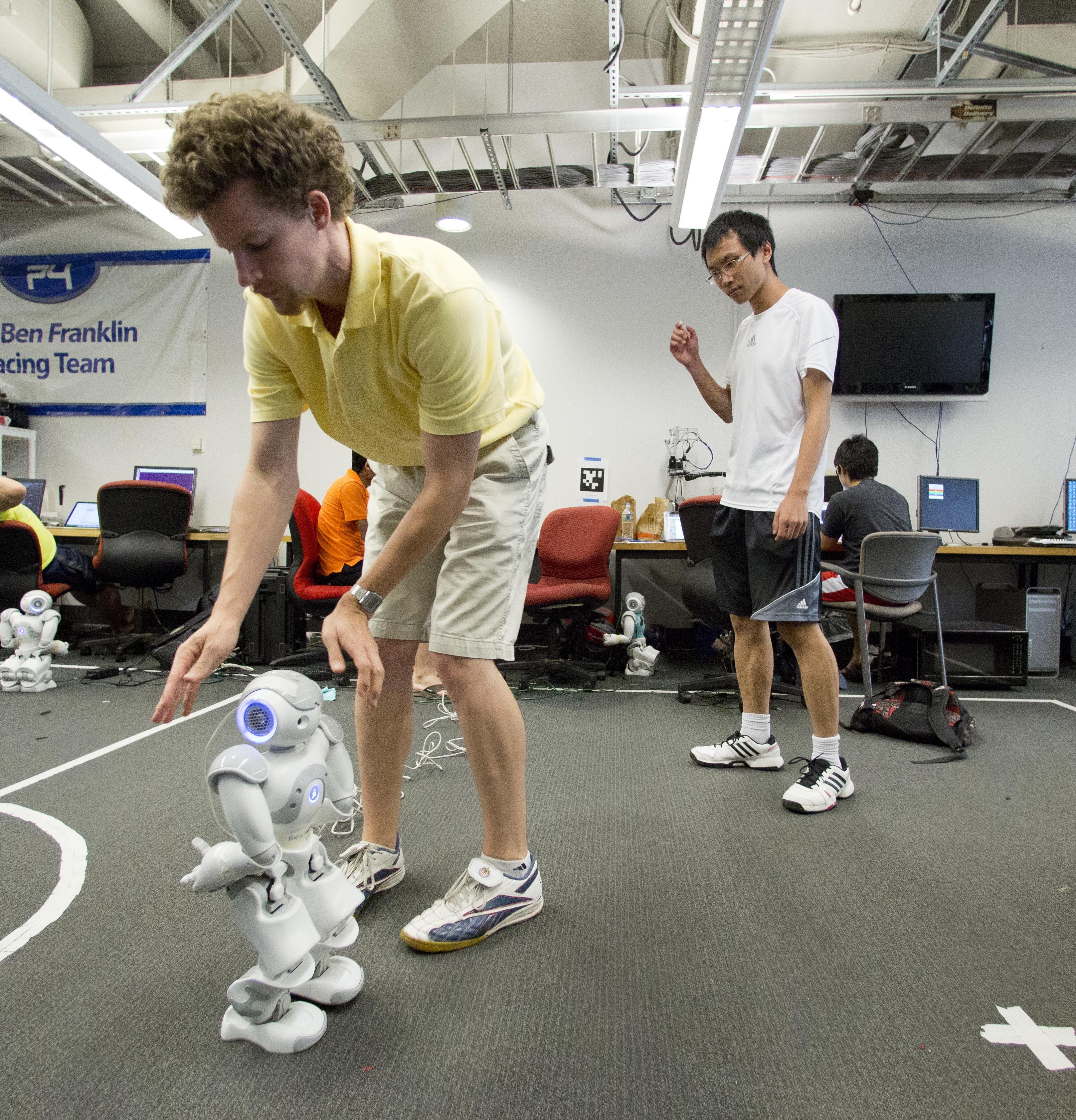