What’s better than being able to watch a meteor shower? A meteor shower combined with a supermoon perhaps? Unfortunately not. The brightest supermoon of 2 the year - 14% bigger and 30% brighter than normal full moons - means the skies will be too bright to see all but the most dazzling meteors from the Perseid shower, which is caused by the debris of the comet Swift-Tuttle as it burns its way through Earth’s atmosphere. The shower is due to reach its peak on Tuesday, while the supermoon will emerge on Sunday, when the moon reaches the point in its orbit that is closest to the Earth, known as perigee.

It’s not all bad though. Dr Bill Cooke of Nasa’s Meteroid Environment Office says the Perseids were “rich in fireballs as bright as Jupiter or Venus” that would remain visible despite the Moon’s glare. The best time to see the meteors is between Saturday and Wednesday, with activity peaking on Tuesday. Supermoons occur every 13 months and 18 days, but are not always noticed because of clouds or poor weather. Tony Markham, director of the Society for Popular Astronomy’s meteor section, said skywatchers should stay optimistic as the Perseids are rich in bright meteors and still be seen despite the moonlit sky background.

If possible, keep the Moon hidden behind trees or a nearby building (to see the Perseid meteors better). 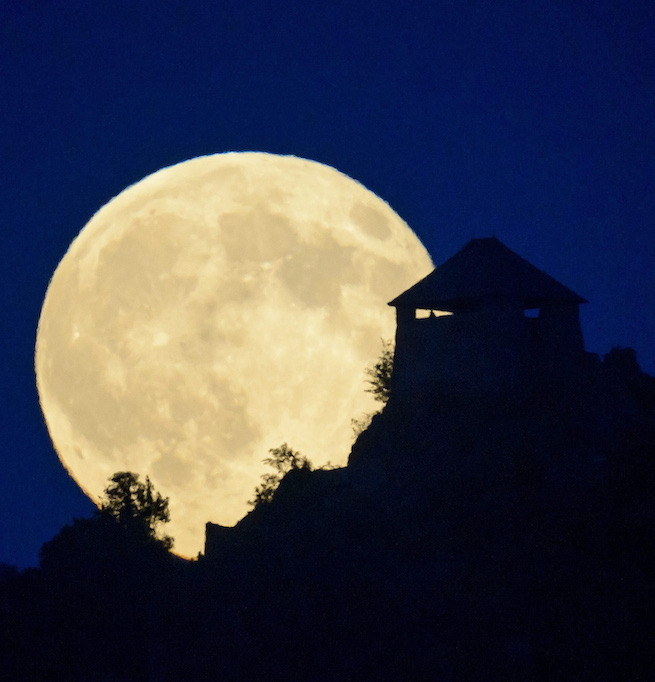