The first hurricane of the Atlantic season gained strength as it made landfall near the southern end of North Carolina’s Outer Banks. Arthur was a Category 2 storm with maximum sustained winds of 155 kph. The storm was located about 105 km southwest of Cape Hatteras, North Carolina and is moving northeast at 30 kph.

The worst of Arthur’s wind will remain offshore, but some strong, gusty squalls will affect the North Carolina barrier islands.

Arthur is the first hurricane to hit the U.S. since Superstorm Sandy devastated New York and New Jersey in October 2012 and caused $70 billion estimated damage. Despite growing in intensity, Arthur remains a relatively small storm, with hurricane force winds only extending outward up to 35 km from the center. After grazing the Outer Banks, Arthur should accelerate toward the northeast and remain offshore on Friday as it diminishes in strength, posing no risk to the northeastern United States, forecasters say. 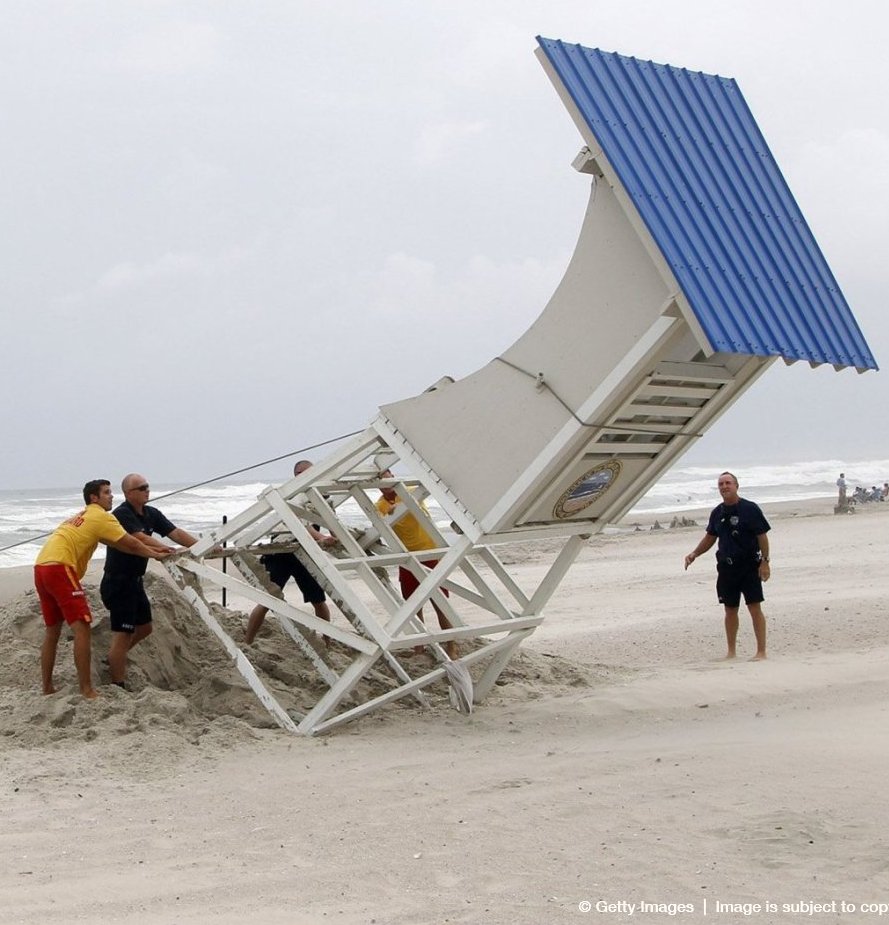