A nerve-wracking manhunt came to an end on Friday after police apprehended the suspect that left three Mounties dead and two others wounded in Moncton, eastern Canada. Justin Bourque was arrested at around 12:10 a.m., local time, Royal Canadian Mounted Police (RCMP) spokesman Paul Greene said, bringing to a close a harrowing search that lasted nearly 30 hours. Moncton, a city of about 69,000, had been at a virtual standstill up until the arrest, with buses pulled off the roads, government buildings shut down and schools closed as the RCMP scoured the streets for a heavily armed man.

… Justin surrendered himself and he said, ‘I’m done,’ and then they arrested him and brought him to my front yard where they had him sprawled on the ground.

Michelle Thibodeau, witness to the arrest of Justin Bourque

Police, including tactical officers, began their manhunt Wednesday at around 7:30 p.m. local time when they responded to a call about a man walking along a road with what was believed to be a gun. After the call, shots were fired and officers called for backup. The RCMP said police officers from across the country were brought in to help arrest the suspect. Bourque is accused of killing three RCMP officers and wounding two others.

There obviously have been long days and we suffered significant loss. It will take some time to heal from that. 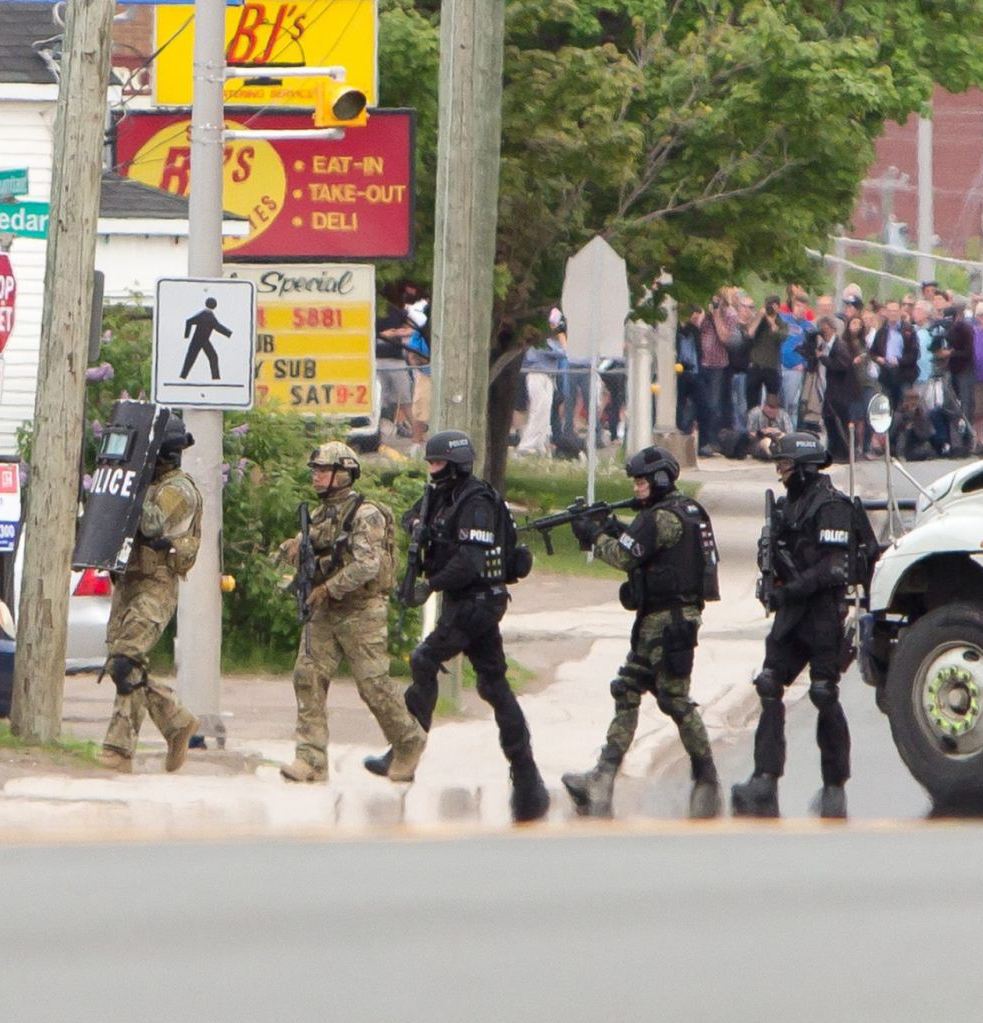