India Thursday moved forward in rocket technology with the successful flight testing of its heaviest next generation rocket and the crew module. Precisely at 9.30 a.m., the 630-tonne Geosynchronous Satellite Launch Vehicle-Mark III (GSLV-Mark III), standing 43.43 metres tall, freed itself from the second launch pad and rose into the sky. At an altitude of around 15 km, the module’s apex cover separated and the parachutes were deployed. The module soft crashed in Bay of Bengal near Andaman and Nicobar Islands.

India started development of the rocket a decade ago and today completed the first experimental flight. The performance of the solid and the liquid engines were as expected.

The mission was launched to test the rocket’s atmospheric flight stability with around four tonne luggage, and to study the re-entry characteristics of the Crew Module Atmospheric Re-entry Experiment. India is emerging as a major player in the multi-billion dollar space market and has undertaken several missions. It successfully launched the Mars Orbiter last year, as well as an older version of the GSLV rocket powered by its own cryogenic engine this year. ISRO has sought funding from the government to send its astronauts into space and the successful launch could be the first step towards boosting its claim, correspondents say. 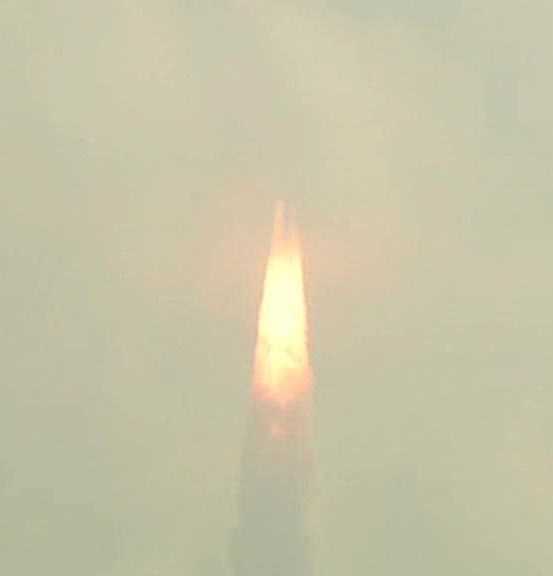