Silicon Valley venture capitalist Tim Draper began submitting signatures Tuesday for a ballot initiative that would ask voters to split California into six separate states, a move he said would create governments that are more manageable and responsive to residents’ needs. Draper and a bipartisan team of political consultants delivered what he said were 44,000 signatures to the Sacramento County registrar of voters. The signatures are among 1.3 million the Six Californias campaign plans to submit statewide this week. If enough signatures are verified, voters in November 2016 would be asked to divide the nation’s most populous state into six states called Jefferson, North California, Silicon Valley, Central California, West California and South California. The regions would vary greatly in size, demographics and incomes.

We’ve got all of these constituents, 38 million of us, all trying to talk to the same state. They’re hearing noise coming from all different sides.

Draper said California has become ungovernable and that there are too many diverse interests for politicians to effectively represent their constituents. Critics note that the plan would separate the wealthiest and poorest Californians, potentially creating some of the poorest states in the nation. But Draper, who wore a tie with the initiative’s proposed new map of the states, brushed away such concerns, saying the individual states could pursue new revenue and jobs when they are freed from other burdens. California has the world’s eighth-largest economy, right behind Brazil, and it outpaced the U.S. in growth last year. 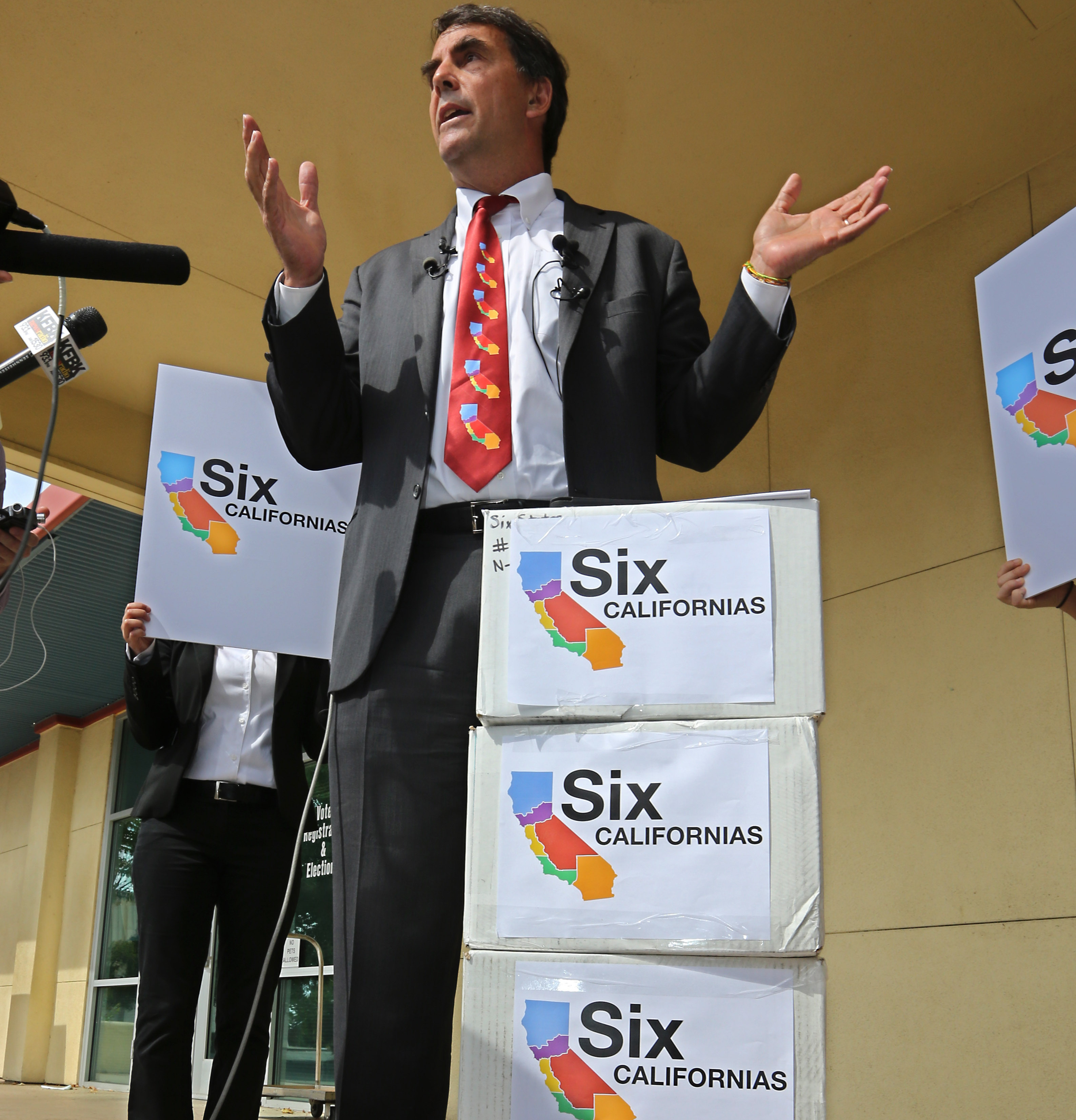