It’s the space age: NASA ‘emailed’ a wrench to its astronauts

3D printing has crossed the final frontier. Astronauts at the International Space Station (ISS) have printed out the tools from a drawing sent to them from Earth, using a new zero-gravity printer. Back in September, the ISS was equipped with a special 3D printer designed for zero gravity manufactured by Made In Space. The company’s co-founder Mike Chen wrote in a blog with disarming simplicity: “My colleagues and I just 3D-printed a ratcheting socket wrench on the International Space Station by typing some commands on our computer in California… this is the first time we’ve ever “emailed” hardware to space.”

When we do set up the first human colonies on the moon, Mars and beyond, we won’t use rockets to bring along everything we need. We’ll build what we need there, when we need it.

Made In Space co-founder Mike Chen

There’s a simple physical truth that makes this possible. Digital data can be transferred quickly – at light-speed. The ratcheting socket wrench was first designed in CAD software and converted to a 3D-printer-ready format. Made In Space then emailed the drawing to NASA, who beamed it up to the ISS via the Huntsville Operations Support Center. The code was received at the ISS and the object was manufactured layer by layer. An astronaut removed the object from the 3D printer. 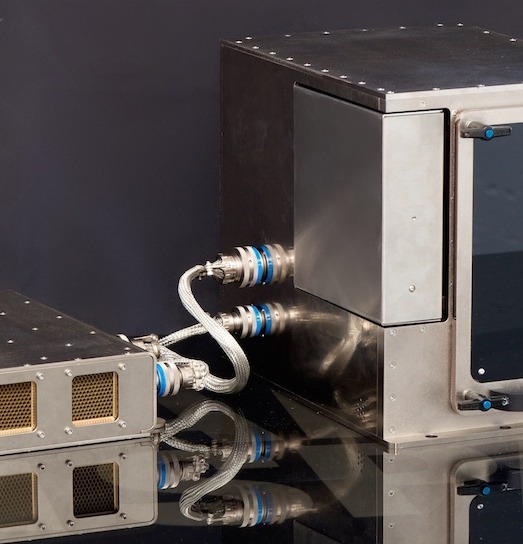