The fireball that streaked across the skies of south-eastern Australia on Thursday night was an ejected piece of a Russian rocket used to launch a weather satellite. NASA issued an alert on Thursday saying a seven-metre, three-tonne, cylindrical object would plunge to Earth over Victoria and Tasmania, said Prof. Brian Schmidt, an astronomer at the Australian National University.

Orbits of these [pieces of space junk] is monitored quite closely. This one was decaying rapidly and the prediction of the path was confirmed, because everyone saw it.

The object was the “third-stage” of the Soyuz rocket used on July 8 to launch Russia’s second Meteor-M weather satellite, quashing beliefs it was a meteorite. The fireball has been described as a “massive shooting star” by witnesses in Melbourne and Sydney. It was also spotted by residents in Tasmania and South Australia.

It was really impressive. It had the flame and the intense burn. Just as it was falling away it broke up. I’d say it was a little asteroid or a comet. 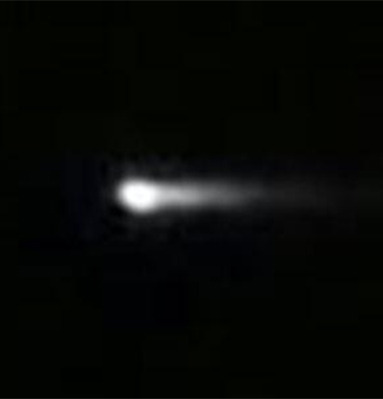