Law and order restored at Ferguson after days of rioting

The streets of Ferguson were decidedly calmer after two days of nationwide protests against the decision not to prosecute white police Officer Darren Wilson who shot dead 18-year-old Michael Brown, an unarmed black youth, during a confrontation last summer. A few dozen protesters and clergy lingered as rain and light snow fell late Wednesday outside the police department in the St Louis suburb. There were no reports of major confrontations or damage to property overnight, and business owners and residents who had covered up broken windows, cleared away debris and hoped that the relative calm would last into the Thanksgiving holiday.

Elsewhere, the calmness of Ferguson had not quite settled in: Police said at least 130 demonstrators who refused to disperse during a Los Angeles protest were arrested, while 33 people were detained in Oakland following a march that deteriorated into unrest and vandalism. Since the grand jury’s decision was announced, demonstrators have been active in other cities throughout the U.S. Most of the protests have been peaceful, but others have been more unruly, including a demonstration in Minneapolis where a car struck one protester and drove into a crowd of others. 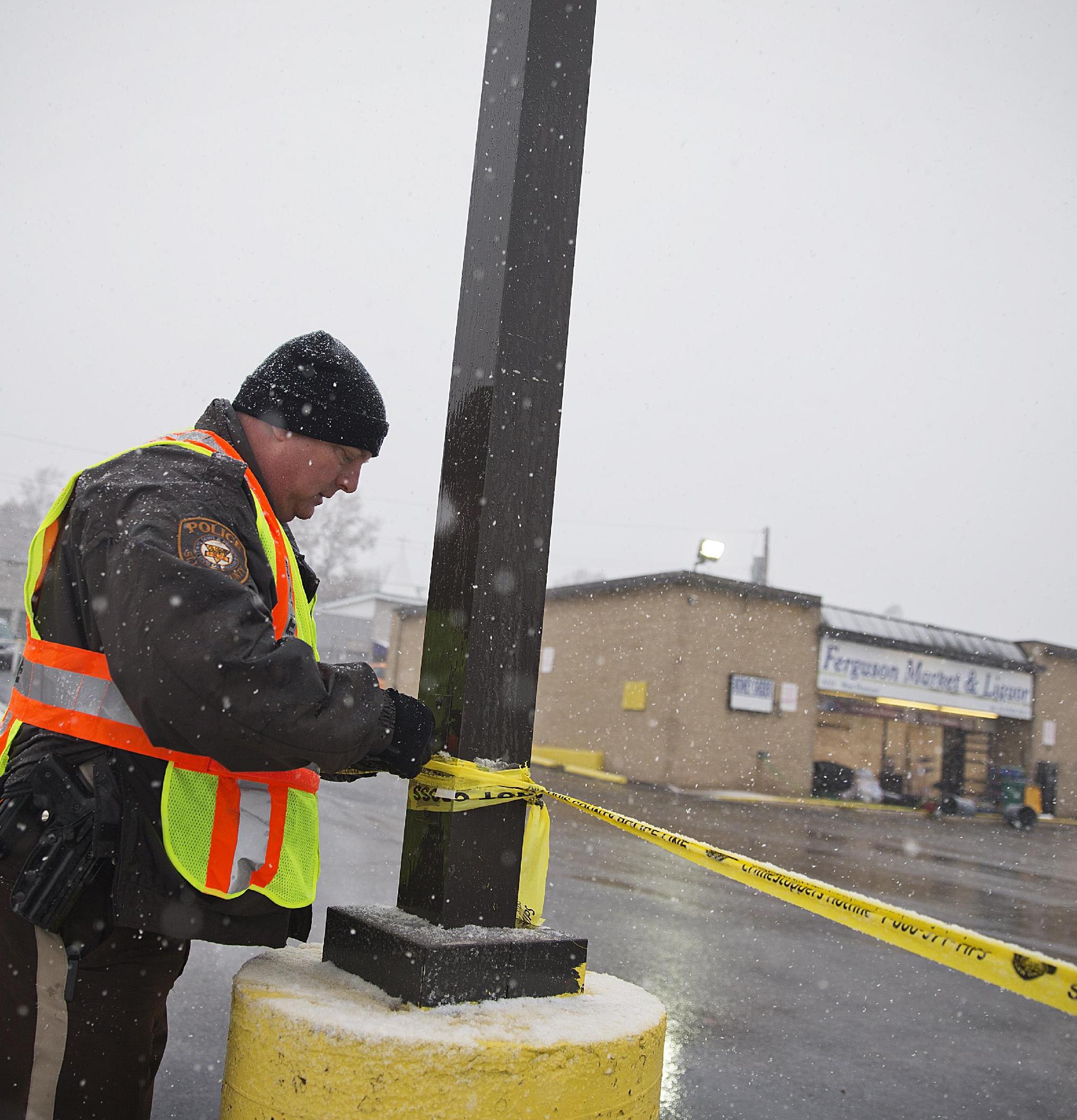