Made it! Comet lander phones home just before battery gives out

Robot probe Philae has gone to sleep, having lost battery power with it’s energy-generating solar panels in the shadow of a comet cliff. However, the probe managed to upload a slew of data to Earth Friday just before the battery gave out. Data started streaming in as soon as late-night contact was reestablished between Europe’s robot lab and its orbiting mothership Rosetta - ending an anxious wait by mission controllers worried they might never hear from it again. In the latest in a series of jaw-dropping achievements, the robot lab which landed in a dark ditch after a bouncy touchdown Wednesday, also managed to lift itself 4cm and rotate its solar panels to absorb as much energy as possible to be stored for a possible wakeup later. It was too late to recharge Philae’s batteries sufficiently for an immediate life extension, though, forcing the lander to go into hibernation.

So much hard work…getting tired… my battery voltage is approaching the limit soon now.

Mission engineers hope they may be able to revive the lander for renewed contact in the coming months as the comet, with Philae still perched on its surface, moves closer to the Sun. Philae landed after a nail-biting seven-hour, 20-km descent from Rosetta, which had travelled more than a decade and 6.5 billion kilometres (four billion miles) to meet up with comet 67P/Churyumov-Gerasimenko in August this year. The lander landed in a crevice shadowed from battery-boosting sunlight that could have extended its 60-hour core mission. Among the most anticipated data from Philae is chemical analysis of a sub-surface drill sample which scientists hope will shed light on the origins of the Solar System 4.6 billion years ago, and maybe even life on Earth. 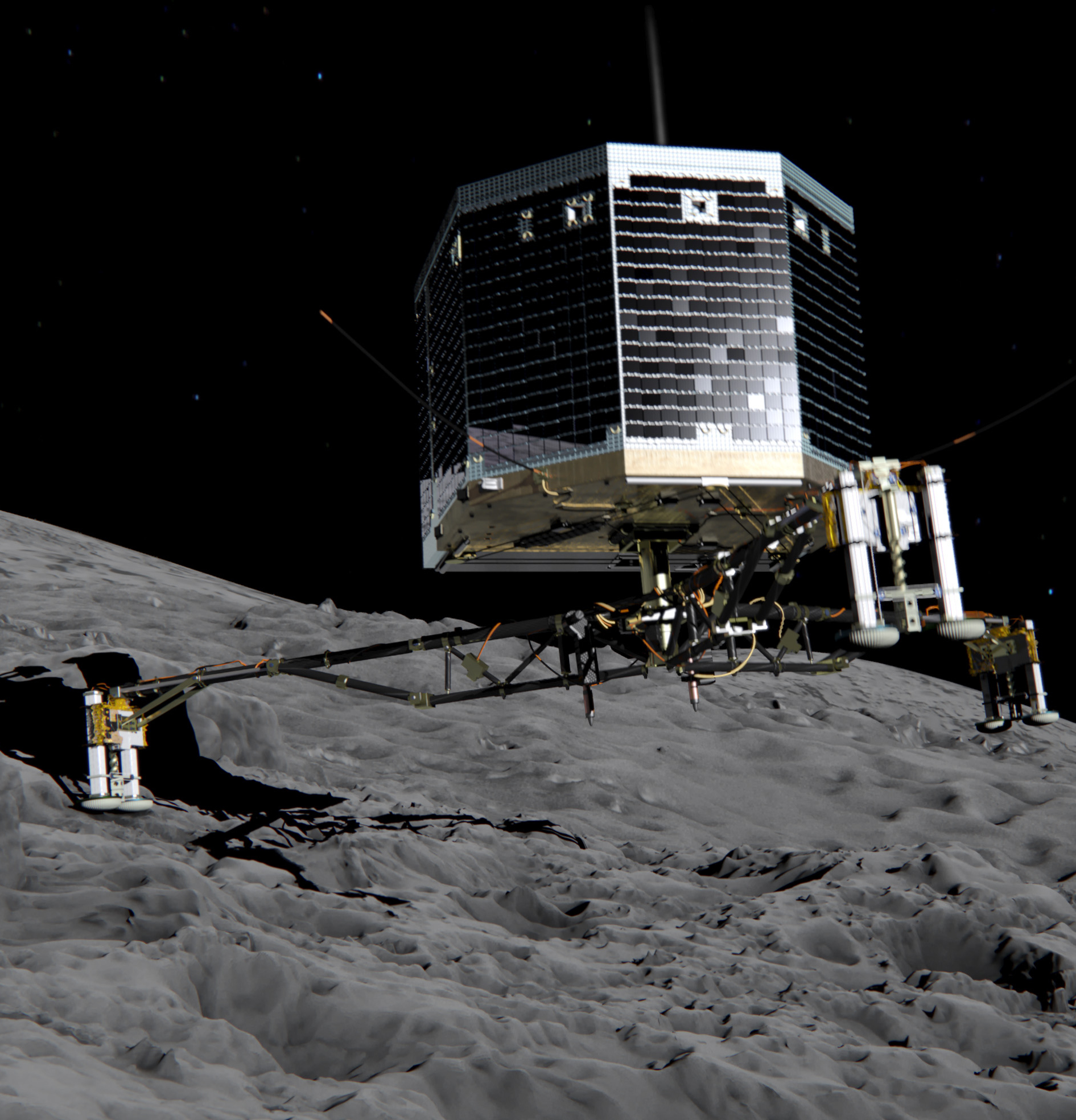