Protests and vigils have been held across America against the death of a black teenager shot dead by police. The peaceful protests come after violent clashes between demonstrators and police in full riot gear, who have fired tear gas and smoke bombs in recent nights. Michael Brown’s death – and the police handling of the protests – have made headlines across America. President Barack Obama has said there is “no excuse” for excessive force by police in Ferguson, a Missouri town seething at the fatal shooting of the 18-year-old.

The president urged all sides to “take a step back” after several nights of demonstrations. It has emerged the Pentagon has given the Ferguson police department hundreds of millions of dollars’ worth of military equipment down the years. Michelle McCaskill, media relations chief at the Defense Logistics Agency, said Ferguson received military equipment in November as part of a programme to increase force’s capabilities, expand its patrol coverage and reduce response times. During the unrest, photos emerged of police in camouflage gear riding in what appears to be a Mine-Resistant Ambush Protected (MRAP) vehicle, similar to those used in Iraq and Afghanistan. 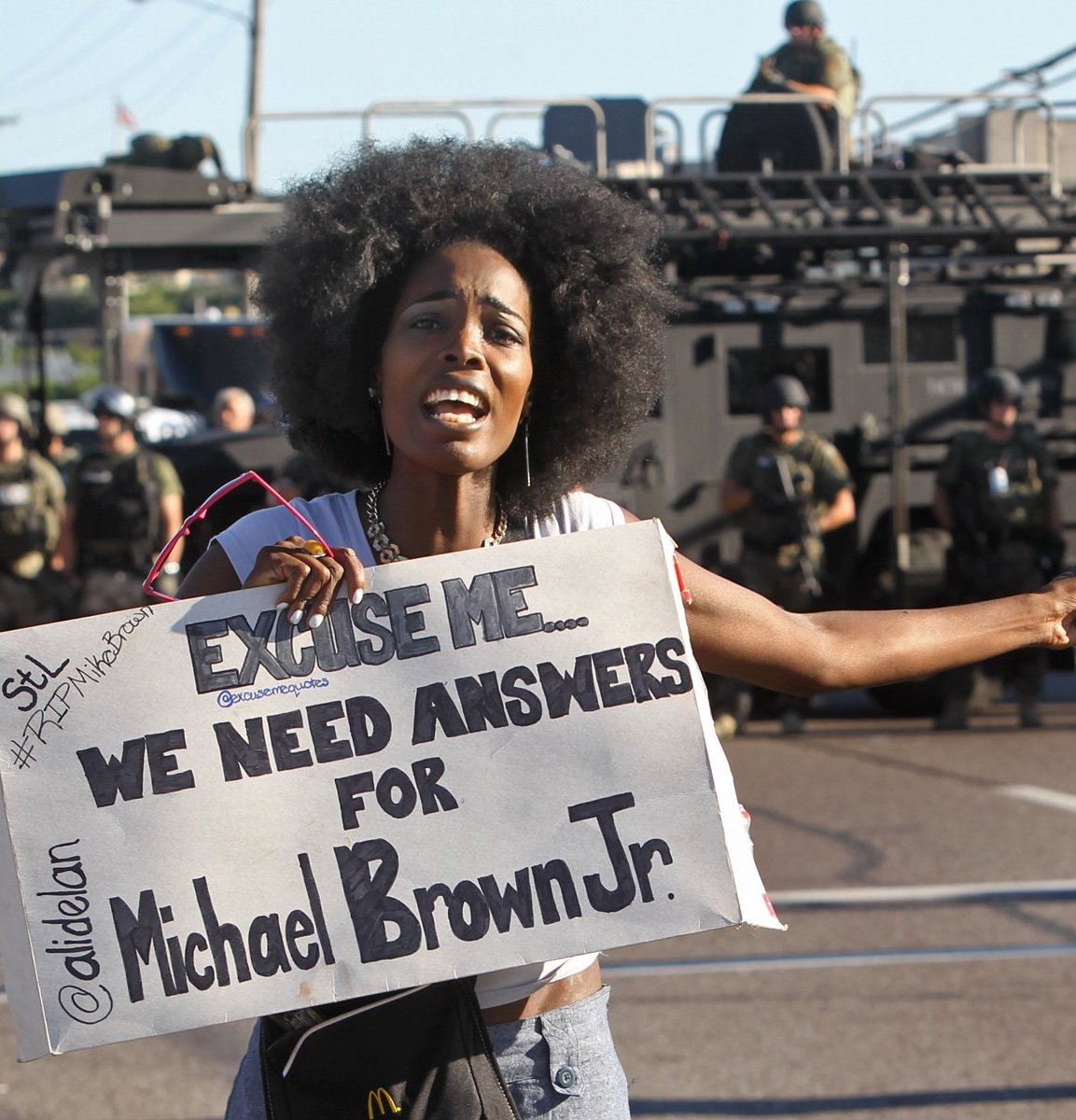