Missouri Governor Jay Nixon says he’s declared a state of emergency and is implementing a curfew in the St. Louis suburb where a black teenager was shot to death by a white police officer a week ago. Nixon said Saturday that the state will not allow a handful of looters to endanger the community and that there must be calm if justice is to be served. The curfew will run from midnight to 5 a.m.

It was a rough time last night. There was a lot of looting and there were a lot of people arming themselves in their storefront to guard their businesses.

Al Nothum, a spokesman for the Missouri Highway Patrol

Riot police fired tear gas and clashed with protesters early Saturday as anger boiled over once more in the Missouri suburb. Police, who have been accused of a heavy-handed response, retaliated with tear gas, smoke bombs and rubber bullets, but they mostly stayed at a distance in armored vehicles and riot gear, news reports said. In the coming days, FBI agents will “be canvassing the neighborhood where the shooting took place to identify any individuals who may have information related to the shooting,” a Justice Department statement said. 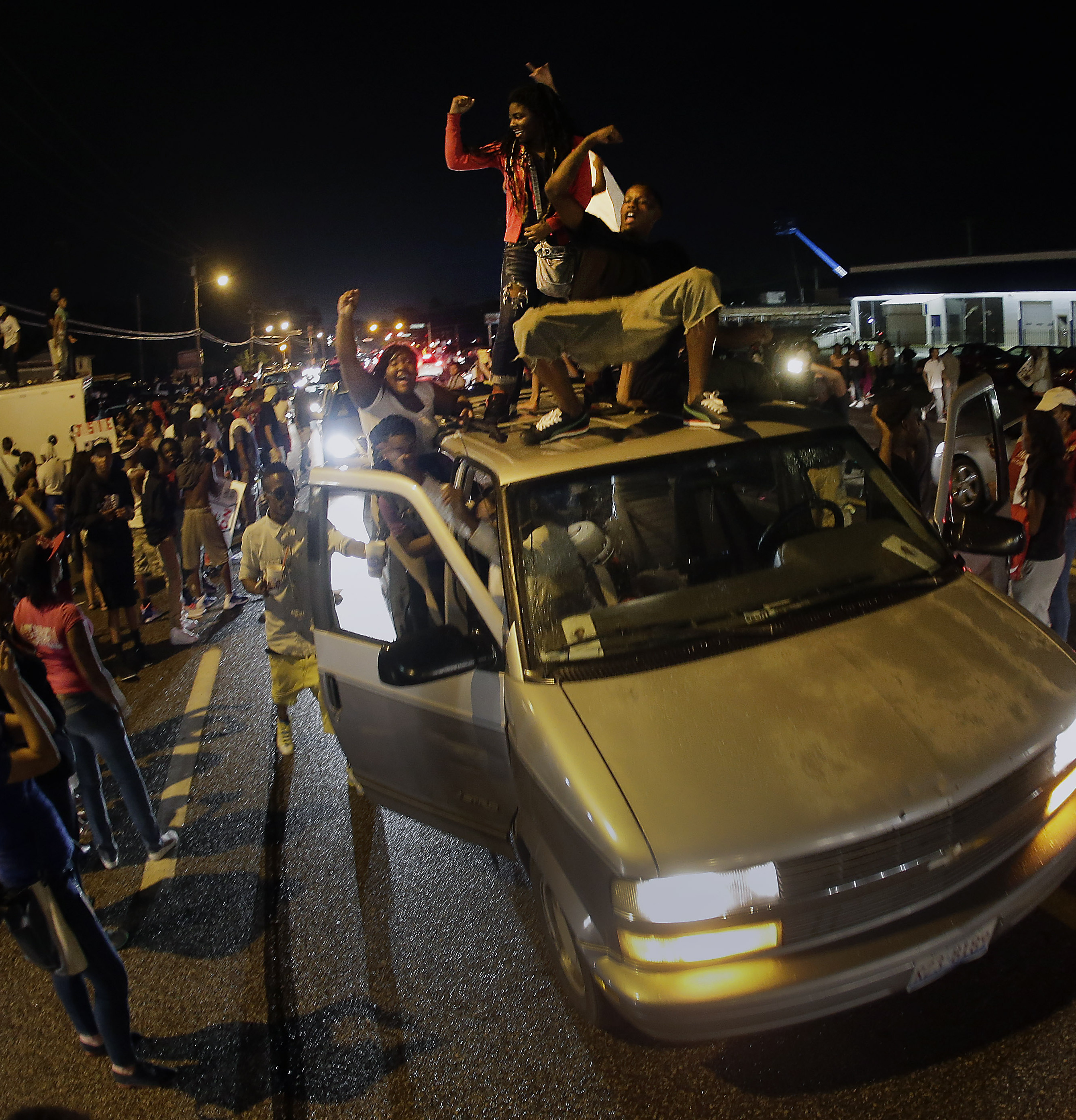