An enduring mystery of Argentina’s “dirty war” has ended with the announcement that a prominent human rights activist has located the son born to her daughter who was killed by the military dictatorship in August 1978. The identity of the son born to slain student activist Laura Carlotto was confirmed by DNA after the now 36-year-old man came forward to voluntarily take the test, family members said. Laura Carlotto’s mother, Estela Barnes de Carlotto (pic above), is founder of the human rights group Grandmothers of the Plaza de Mayo. She is among leaders of the effort to seek justice for victims of the dictatorship that ruled the South American country in 1976-83 and to locate hundreds of children taken from their captured parents and illegally adopted by families who supported the dictatorship.

Thanks to God, thanks to life, because I didn’t want to die without embracing him and soon I will be able to.

The Argentine military captured, tortured and killed thousands of people in a crackdown on guerrillas and their supporters during the dictatorship. Guido Carlotto, the human rights secretary for Buenos Aires Province and a son of Estela Barnes de Carlotto, said the man came forward on his own and took a DNA test that confirmed his identity. The family did not reveal the name of the man or provide many details about him, saying only that he is a musician and lives in Olavarria, a city about 200 miles southeast of Buenos Aires.

The search for the rest must continue. 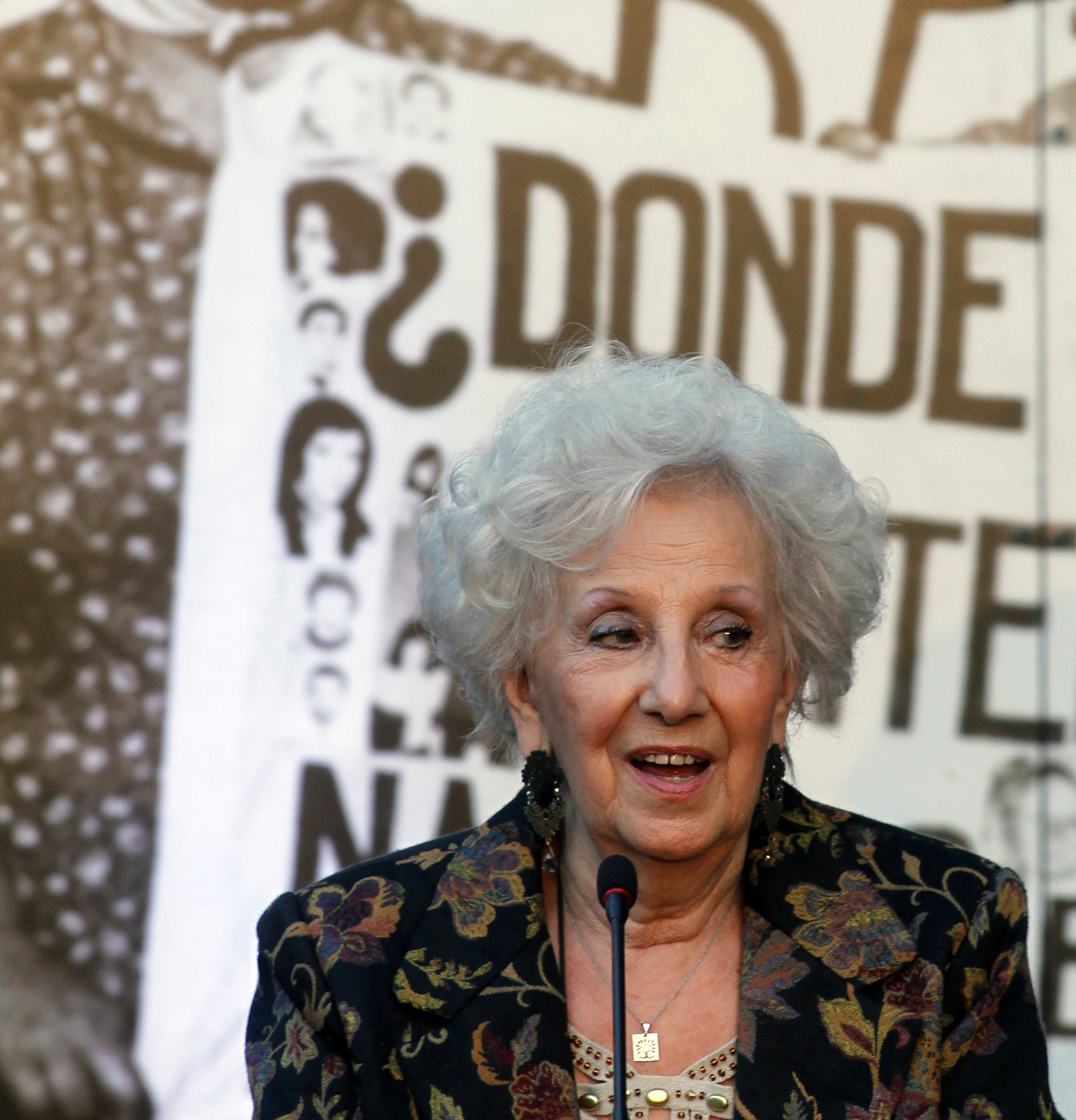