Because of Mercury’s proximity to the blinding sun, it has eluded even the most powerful telescopes. That was until, 10 years ago, NASA decided to send a satellite 58 million kilometres away to circle the planet. The Mercury Surface, Space Environment, Geochemistry, and Ranging satellite (MESSENGER) was launched on Aug. 3, 2004, and flew to Mercury to orbit its surface, collect photos and study its atmosphere. A decade later, the spacecraft has proven its worth by sending back more than 200,000 images—10 times the number that had been hoped for.

The MESSENGER spacecraft operates in one of the most challenging and demanding space environments in our solar system, and we have met that challenge directly through innovation and hard work.

MESSENGER has tackled all the mission’s core objectives: identifying the planet’s surface properties, its exosphere and the intriguing composition of its core elements, and the impact of the solar wind. But its biggest discovery suggests that craters on its North Pole contain water ice. Fuel on the spacecraft has lasted longer than expected, but it is currently circling less than 100 kilometres above the planet’s surface and is expected to crash there sometime in April 2015. 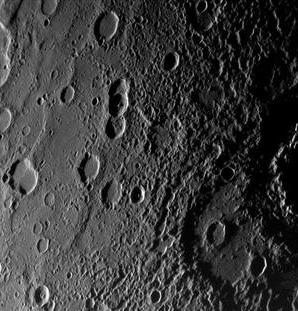