Missouri’s governor lifted the curfew for the St. Louis suburb of Ferguson on Monday as National Guard troops were called out after days of violent unrest sparked by the fatal shooting of an unarmed black teenager by a white policeman. The National Guard deployment is the latest in a series of steps by authorities to end the looting and burning of stores that have punctuated protests and raised questions about race relations in the United States since the shooting death of Michael Brown, 18, more than a week ago. Police fired tear gas Monday to break up a crowd of demonstrators in this Missouri town where a black teenager was shot and killed by a white police officer nine days ago. Police in riot gear, supported by an armored SWAT vehicle and a helicopter overhead, repeatedly ordered the crowd to disperse. They then let lose with a volley of tear gas just after 11 pm (0400 GMT), sending the crowd - smaller than the one that clashed with police on Sunday - scurrying.

It ain’t getting no better with the National Guard coming in. That’ll be worse. Tonight it’s going to get really sticky.

Meanwhile, an autopsy conducted on behalf of Brown’s family showed he was shot at least six times, including twice in the head. The path of one bullet indicates the 18-year-old may have been lowering his head in surrender when the fatal shot hit, according to Brown family attorney Daryl Parks. According to police, the officer involved in the shooting said he fired initially after Brown reached into his police car. There were no signs of struggle with the officer and no gunshot residue on the body.

They could not trust what was going to be put in the reports about the tragic execution of their child. 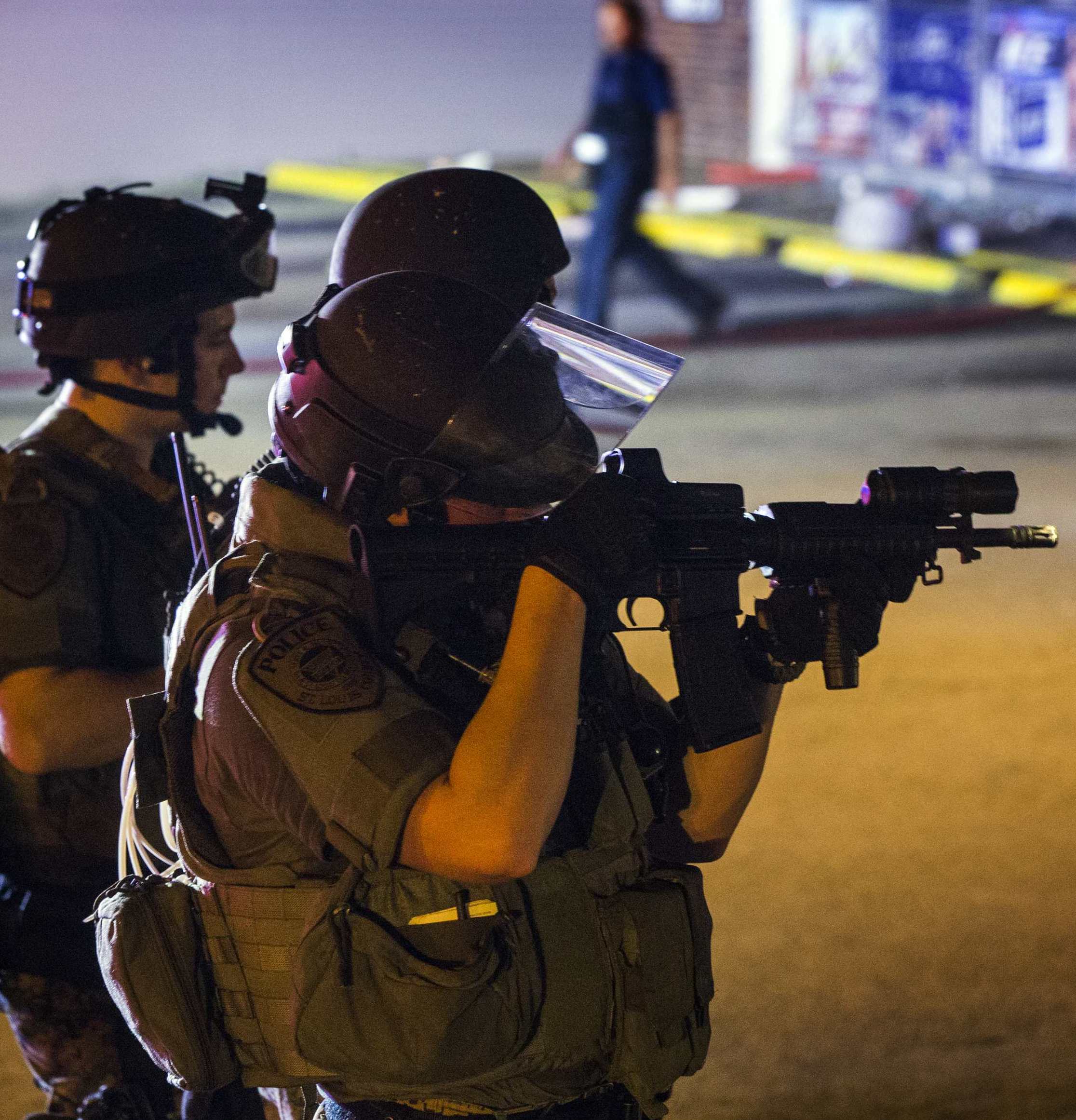