Thousands of protesters paralysed streets in New York to condemn police killings of black suspects as details of a new racially tinged death emerged. It was the second night of rallies in America’s largest city of 8.4 million after a grand jury on Wednesday decided not to indict a white officer for the death by chokehold of an unarmed black father-of-six. Thousands of activists massed in New York’s Foley Square, near the city police headquarters shouting ‘Shut it down’ and carrying placards saying ‘Black Lives Matter’ and ‘Racism Kills.’ Protests in New York have been overwhelmingly peaceful but police arrested 83 people following Wednesday’s decision not to press charges in Garner’s death.

In recent days, millions of people throughout the nation have come together – bound by grief and anguish – in response to the tragic deaths of Michael Brown… and Eric Garner.

National controversy over Eric Garner’s death in July and a series of other incidents were fanned further Thursday by a damning U.S. federal investigation which concluded that police in Cleveland routinely employ “excessive force.” The grand jury decision not to charge the officer over Garner’s death came just days after a similar decision in Ferguson, Missouri sparked riots. The St Louis suburb had been the scene of protests and racial tensions since unarmed black teen Michael Brown was shot to death August 9 by a white police officer. 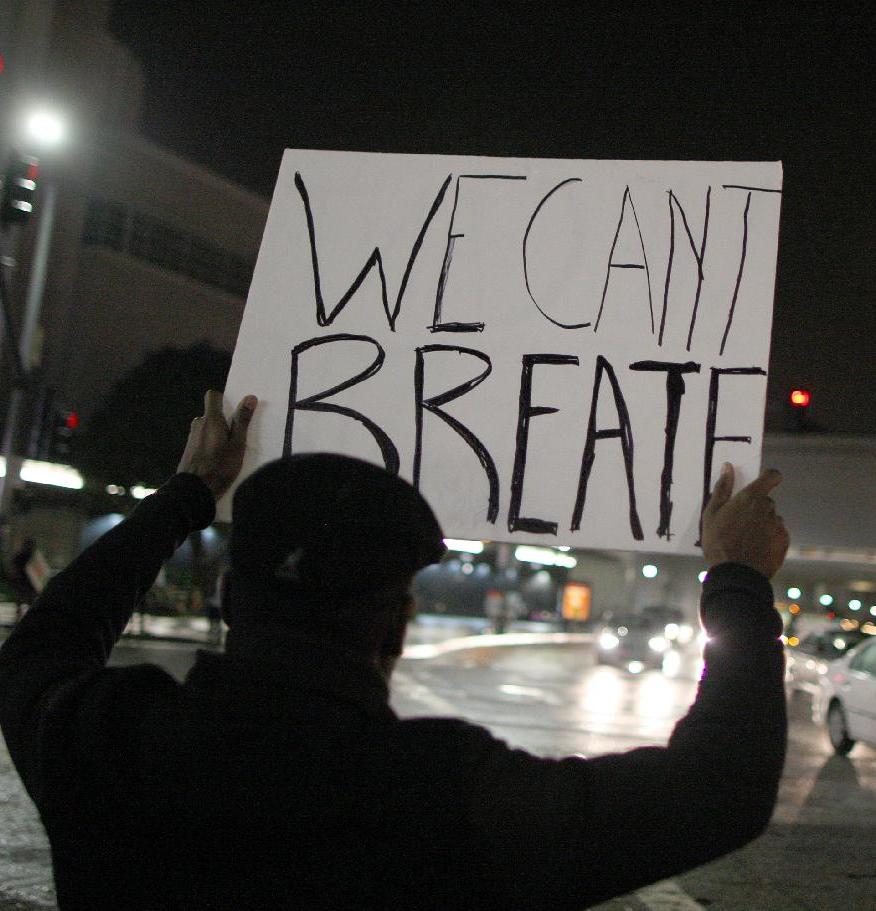