New York Mayor Bill de Blasio’s attempts to soothe a city dismayed by the slaying of two officers were further rebuffed on Tuesday as protesters defied his call to suspend what have become regular demonstrations over excessive police force. De Blasio led a moment of silence at City Hall in the afternoon three days after the attack on the officers before asking his staff to hug those nearby “as a symbol of our belief that we will move forward together.” Hours later, about 200 protesters began marching through the drizzle and traffic in the center of Manhattan, enraged by the mayor’s demand that they suspend their rallies until after the funerals of police officers Rafael Ramos and Wenjian Liu.

We’re showing that we are not going to allow other people control the narrative.

The shooting of the officers in their patrol car shocked a city that has seen largely peaceful demonstrations after decisions by grand juries in New York and Missouri not to indict white police officers in the killings of unarmed black men. The killings have also intensified friction between City Hall, the police department and reformers who voted for de Blasio, a liberal Democrat, last year. Protests against the use of excessive force by police have been held across the United States, reigniting a bitter debate about how American police forces treat non-white citizens that has drawn in President Barack Obama and his attorney general, Eric Holder. 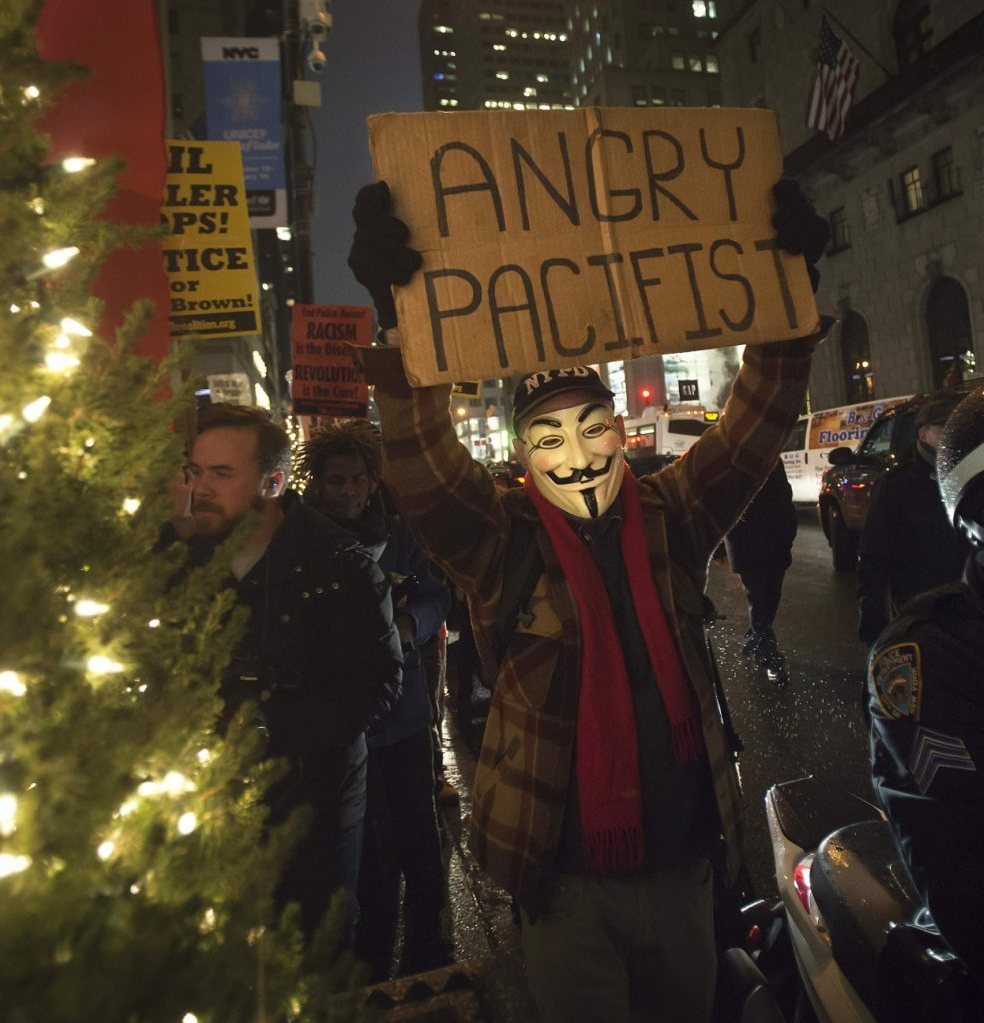