Obama says of CIA after September 11 attacks, ‘We tortured some folks’

President Barack Obama somberly warned Friday that a forthcoming Senate Intelligence Committee report will show that the United States “tortured some folks” before he took office. But he dismissed “sanctimonious” calls to punish any individuals responsible and rejected calls for CIA Director John Brennan’s resignation. Obama said the White House and CIA process of declassifying portions of the Senate Intelligence Committee report on Rendition, Detention, Interrogation was complete and that the document would now be made public “at the pleasure” of the committee. The report is expected to lay out in grim, unprecedented detail how the United States questioned suspected terrorists using techniques like waterboarding that meet international definitions of torture.

A lot of those folks were working hard under enormous pressure and are real patriots. But having said all that we did some things that were wrong. And that’s what that report reflects.

That posture, which he expressed as a candidate for national office in 2008 and early in his presidency, explains why Obama did not push to pursue criminal charges against the Bush era officials who carried out the CIA program. To this day, many of those officials insist that what they did was not torture, which is a felony under U.S. law. Obama on Friday did not address two other central arguments of the soon-to-be-released Senate report — that the brutal interrogations didn’t produce life-saving intelligence, and that the CIA lied to other elements of the U.S. government about exactly what it was doing. 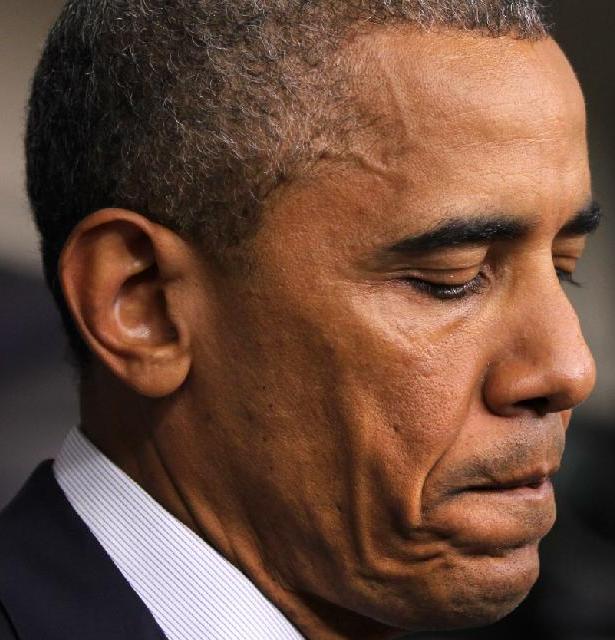