Race to peace: Victims now the focus in Columbia talks

Colombia’s government and leftist Farc guerrillas have agreed to take joint responsibility for war victims, moving forward on peace talks with a week to go before presidential elections. Peace negotiators meeting in Havana set guidelines for the next round of peace talks, which will cover how to honour and compensate the victims of Latin America’s longest running war. They pressed forward with eight days to go before the run-off between centre-right President Juan Manuel Santos and right-wing challenger Oscar Ivan Zuluaga, who has threatened to shut the peace process down.

Each day we feel closer to the mountaintop, to the Mount Everest of rights, which is peace. Without that no other rights are possible.

For the upcoming round, some war victims will travel to Cuba to explain to both sides how they have suffered. The delegates have laid out 10 points for the debate, including reparations for victims and guarantees they would not suffer again. Both sides pledged to take responsibility for victims, a departure from the wartime rhetoric of blaming each other. They also agreed to clarify the truth of what happened in the war, and to seek reconciliation. 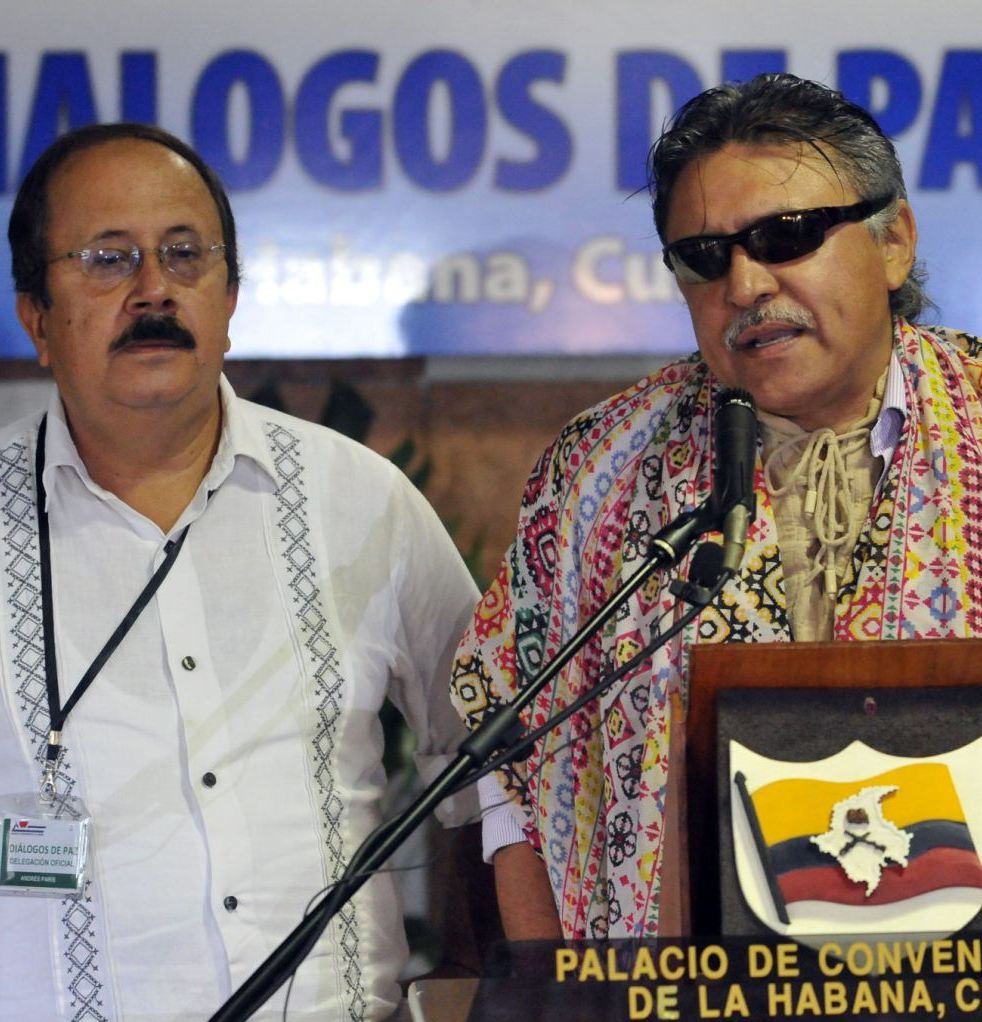