Jibo stands only 11 inches tall, but as the first family robot, he makes a big impression the moment you meet him: He can sing and dance. He can greet you and remind you to call your mother, and his potential extends far beyond engaging in casual conversation and completing daily tasks. Yahoo Global News Anchor Katie Couric was introduced to Jibo by Cynthia Breazeal, a pioneer of social robotics, at the MIT Media Lab.

It’s really bringing social robotics to the home. We like to say that Jibo brings intelligence and helpfulness with heart to families everywhere.

Breazeal’s fascination with robotics began with “Star Wars” and she realized after watching NASA land a robot on Mars that not enough attention was paid to robots that engage in human interaction. She began to focus on social robots that are designed to interact with humans in an interpersonal manner through social cues such as politeness. Despite concerns from some people, robots like Jibo are not intended to replace humans. 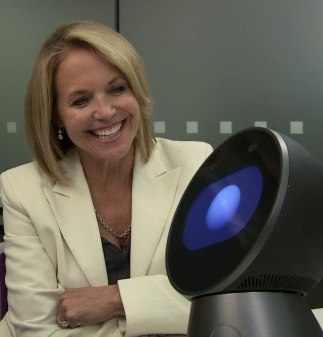