The World Cup’s heated matches are just one part of the action: the latest technological innovations are also taking center field. The ball that players will kick, throw and head has been scientifically designed by Adidas to fix the problems players complained about in 2010. The ball was constructed with deeper seams (to help stabilize it) and is perfectly symmetrical. The vanishing spray that referees will use to mark off free kicks closely resembles shaving cream — an ingenious idea that will also prevent players from sneaking up a few inches.

There were huge problems with the ball in 2010. Players pretty much hated it. Adidas spent at lot of time and energy trying to solve that problem.

Fans will also expect to see lots of iRobots at the stadiums, which have been tasked with surveillance and bag checks (these same robots cleared bunkers and crossed minefields in Afghanistan). Fourteen video cameras have been mounted in the stadiums, allowing refs and coaches to track the ball in real time. The cameras will capture the ball’s every position at about 500 times a second and a smartwatch worn by refs will vibrate when the ball crosses the goal line. 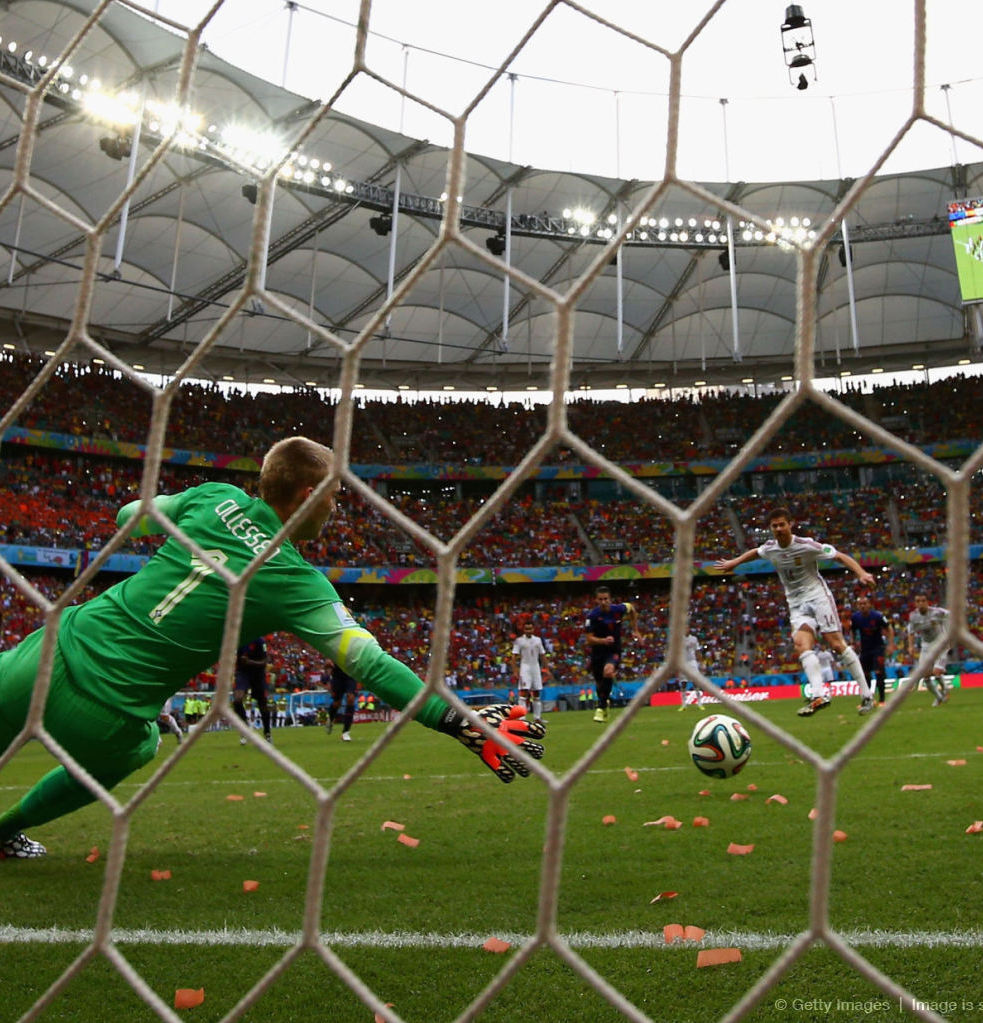