Dave Sueper was driving to a meeting in 2008 when he was struck and killed by a distracted teenage driver who had run a red light. Scott Tibbitts, a chemical engineer and space entrepreneur who made motors for NASA, was the person Sueper was to meet. Tibbitts, who was deeply affected when he learned about the accident, tells Yahoo News’s Katie Couric he became fixated on finding a way to prevent another death from distracted driving. Tibbitts and his team at the new company he founded, Katasi, developed Groove, a small device that plugs into a port located under the steering wheel (found in most cars made after 1996) and connects the car to the Internet. Once the car starts moving, the gadget blocks messages to the driver’s phone.

For my kids, it’s also heartwarming to know that someone else who had nothing to do with our family took on that challenge in honor of their dad.

Texting while driving has replaced drinking and driving as the leading cause of teen vehicular death, responsible for 20 per cent of all teen highway fatalities in the United States. There have been several attempts to curb this disturbing trend, most often with the use of apps on phones that tap into GPS signals to detect when a cellphone is traveling more than 10 miles per hour and disable distracting features on the phone. But these apps can easily be overruled by the driver, and they don’t make a distinction between a person traveling by car, public bus, bike or any other transport over 10 miles per hour. 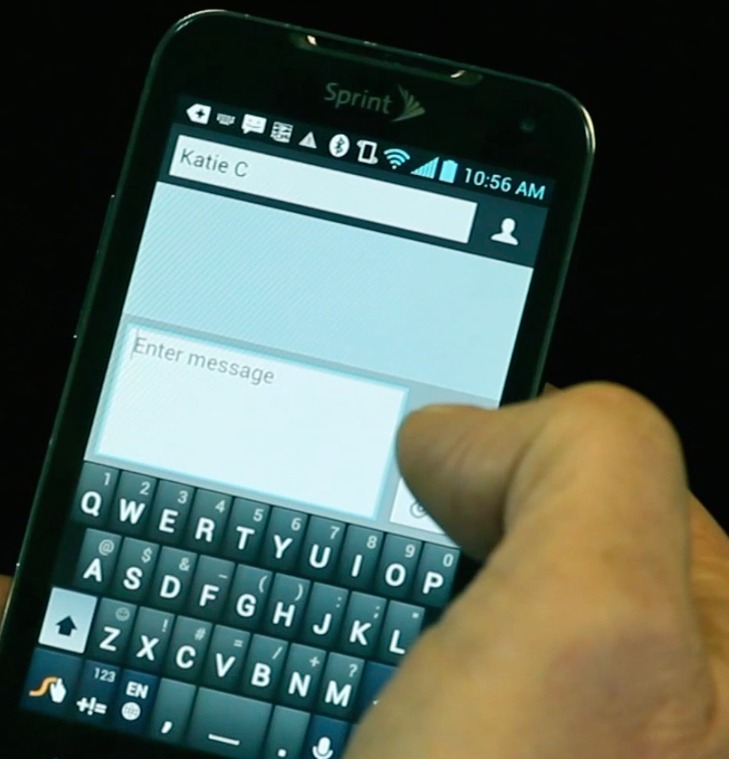