A probe has made history by sending back the first-ever photos from a comet — but concerns remain over the mission following a landing glitch. Scientists behind the Rosetta mission managed to re-establish contact with the probe named Philae his morning and received the first photos from its cameras. At a news conference this afternoon, mission scientist Jean Pierre Bibring revealed the probe landed “not very far” from its target—but some of the photos were not as clear as he would have liked because the craft was in the “shadow of a cliff.”

The lander is relying on solar energy … we’re getting one-and-half hours of sunlight when we expected six or seven. This has an impact on our energy budget.

The nearby cliff also means Philae, which has approximately 60 hours of battery life, is not getting the sunlight needed to recharge. The probe’s exact location is not yet known and it’s standing on just two of its three legs —though it is “stable.” Philae failed to anchor after its two harpoons “did not shoot” upon touchdown. The European Space Agency (ESA) is now planning a “correction manoeuvre” early Friday to try and secure Philae to the comet, which is 483 million kilometres from Earth. The team could also try to adjust the solar panels.

The images provide a wealth of data that will keep us busy for some time to come.

Stefano Mottola, from the ESA’s control centre in Cologne 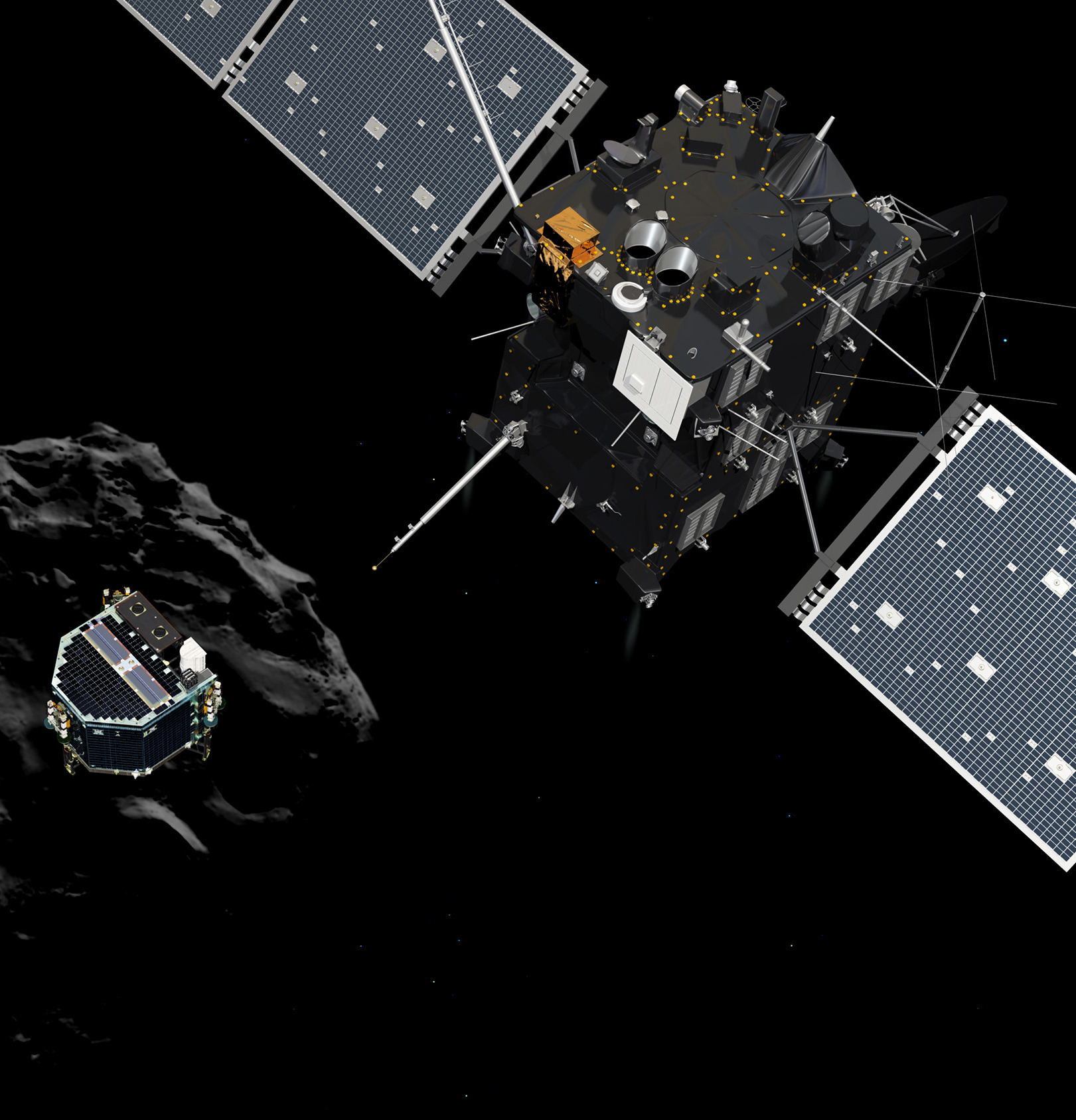