When social media software firm Sprinklr unveiled its latest funding last month, it vaulted into the club of “unicorns,” or tech startups worth at least $1 billion. That came just weeks after Slack, which makes a business software collaboration tool, entered the group which includes well-known names like Uber and Snapchat. While unicorns are supposed to be rare, mythical creatures, the proliferation of these billion-dollar startups has raised eyebrows as well as concerns in the fast-moving technology sector. More than 80 tech firms can now be called unicorns, according to a Forbes Magazine list.

You have a frenzy of investors looking for the next Facebook. They saw the possibility of a return of 1,000 percent. But these are incredibly risky investments. All of these firms are not going to get a multibillion dollar buyout or massive public offering. I think we’re going to see a thinning of the herd.

Rob Enderle, a consultant and analyst at Enderle Group.

The unicorns include a handful of startups worth at least $10 billion, a group sometimes called the “decacorns.” These include China’s Xiaomi, Airbnb, Pinterest and Dropbox, in addition to Uber and Snapchat. Some equity investors are getting nervous over the trend. Many startups have been able to raise cash from eager investors without heading to Wall Street for a public share offering. This also means the firms are not subject to the same scrutiny and publicly traded company for finances and governance.

I have absolutely no doubt in my mind that most of these individual angels and crowd funders are currently under water in their investments,“ he wrote. "Because there is ZERO liquidity for any of those investments. None. Zero. Zip. 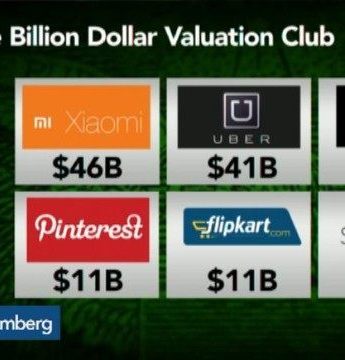