Environmentalist Marina Silva could unseat incumbent Dilma Rousseff in Brazil’s October presidential vote, according to a poll on Monday. Silva, a 56-year-old former environment minister, has moved into second place ahead of the Oct. 5 first-round vote and would defeat Rousseff in an Oct. 26 runoff, the survey by Datafolha found. It was the first poll taken after Socialist Party candidate Eduardo Campos’s death in an Aug. 13 plane crash. The campaign officially kicks off Tuesday, when candidates begin taking to the airwaves to pitch their platforms.

It’s still too early to know whether these figures are firm and will continue once the emotional moment of Eduardo Campos’s death has passed.

The poll found Silva had 21 per cent support against 36 per cent for Rousseff and 20 per cent for Social Democrat Aecio Neves. In a runoff vote, Silva would defeat Rousseff 47 per cent to 43 per cent, it found. Monday’s poll found Silva had broad support from undecided voters and those who had previously planned to cast “blank ballots” under Brazil’s compulsory voting system. The Datafolha poll was carried out Aug. 14 and 15—the two days following Campos’s death. 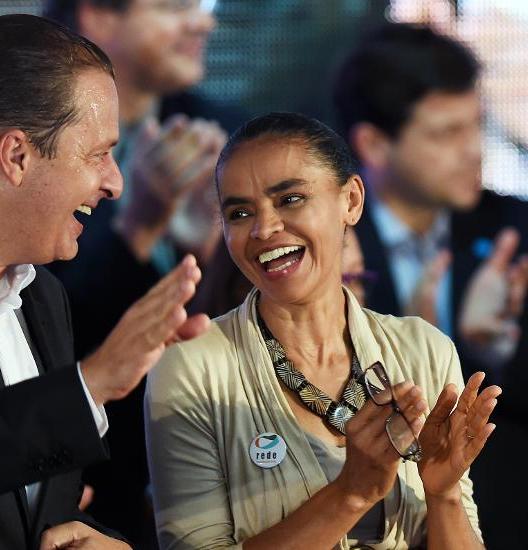