SpaceX hopes to shuttle humans to Mars by 2024

SpaceX’s Elon Musk says his private space transport company hopes to shuttle humans to a settlement on Mars in the next 10 to 12 years. In an interview on CNBC’s “The Closing Bell” on Tuesday, Musk said his ultimate goal was to see the creation of a “self-sustaining city” on the red planet.

But the thing that matters long-term is to have a self-sustaining city on Mars, to make life multiplanetary.

Musk’s company, SpaceX, unveiled its Dragon V2 spacecraft last month. The sleek, white gumdrop-shaped space capsule was built to carry up to seven astronauts to the International Space Station and return to land anywhere on Earth. The company hopes to win a Nasa contract to ferry astronauts to and from space in the craft. But Musk said that missing out on the contract would not be the end of SpaceX. 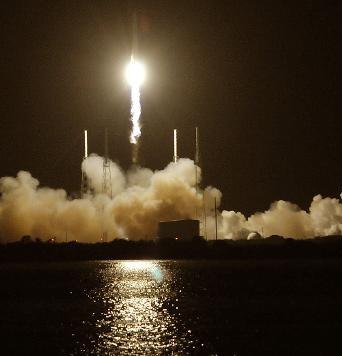