County police in riot gear and armored tanks gave way to state troopers walking side-by-side with protesters as the St. Louis suburb of Ferguson returned to peace today. The dramatic shift came after Missouri Gov. Jay Nixon assigned oversight of the protests to the state Highway Patrol, stripping local police from the St. Louis County Police Department of their authority after four days of clashes with furious crowds protesting the weekend death of 18-year-old Michael Brown. The latest protests had a jubilant atmosphere among the racially mixed crowd, more akin to a parade or block party. When darkness fell, no uniformed officers were in sight outside the burned-out QuikTrip convenience store that had become a flashpoint for standoffs between police and protesters.

All [the St. Louis Police Department] did was look at us and shoot tear gas. This is totally different. Now we’re being treated with respect.

Highway Patrol Capt. Ron Johnson, who is black, was tapped to lead the police effort. Johnson, who grew up near Ferguson and commands a region that includes St. Louis County, marched alongside protesters Thursday, joined by other high-ranking brass from the Highway Patrol as well as the county department. The marchers also had a police escort. Several people stopped to shake hands with, hug and thank Johnson and other officers. The city and county remain under criticism, though, for refusing to release the name of the officer who shot Brown, citing threats against that officer and others. The hacker group Anonymous on Thursday released a name purported to be that of the officer, but the Ferguson police chief said the name was incorrect. 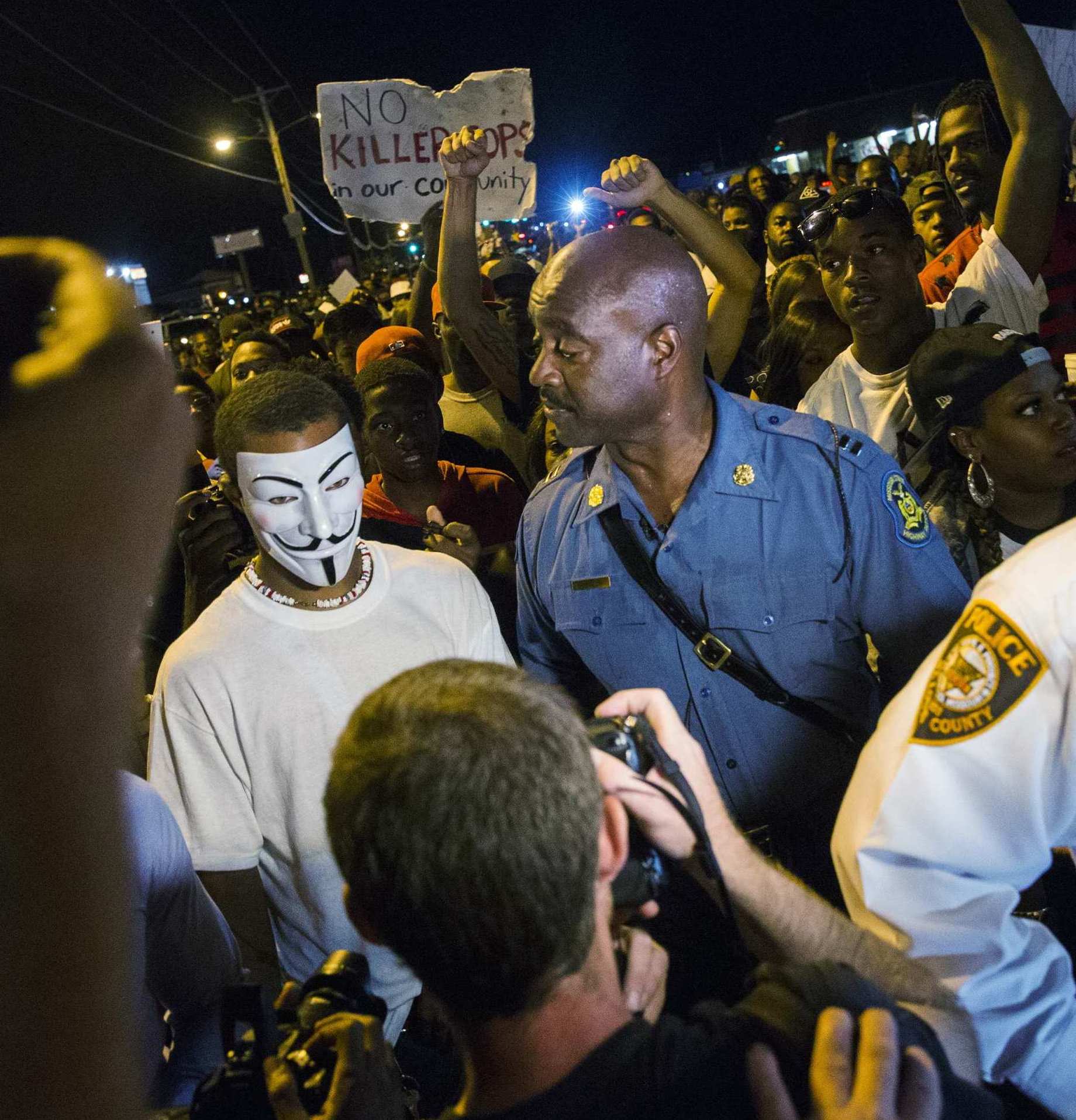