Tens of thousands marched in Mexico’s capital Thursday demanding that authorities find 43 missing college students, seeking to pressure the government on a day normally reserved for the celebration of Mexico’s 1910-17 Revolution. Officials had cancelled the traditional Nov. 20 Revolution Day parade, and marchers carrying “mourning” flags with Mexico’s red and green national colours substituted by black suggested the country was in no mood for celebration. But the march in Mexico City was largely peaceful, in contrast to recent protests that have ended with the burning of government buildings in Guerrero state, where the students disappeared.

The entire country is outraged. It is not just them. There are thousands of disappeared, thousands of clandestine graves, thousands of mothers who don’t know where their children are.

Earlier in the day, about 200 youthful protesters, some with their faces covered by masks or bandannas, clashed with police as they tried to block a main expressway to the international airport. Protesters hurled rocks, fireworks and gasoline bombs at the police, at least one of whom was hit by the projectiles. Mexico officially lists 22,322 people as having gone missing since the start of the country’s drug war in 2006. The ongoing search for the missing students has so far turned up other unrelated mass graves.

Because we have children of the same age [as the missing students]. This could happen to our children as well.

Maria Antonieta Lugo, a housewife who was among the protesters 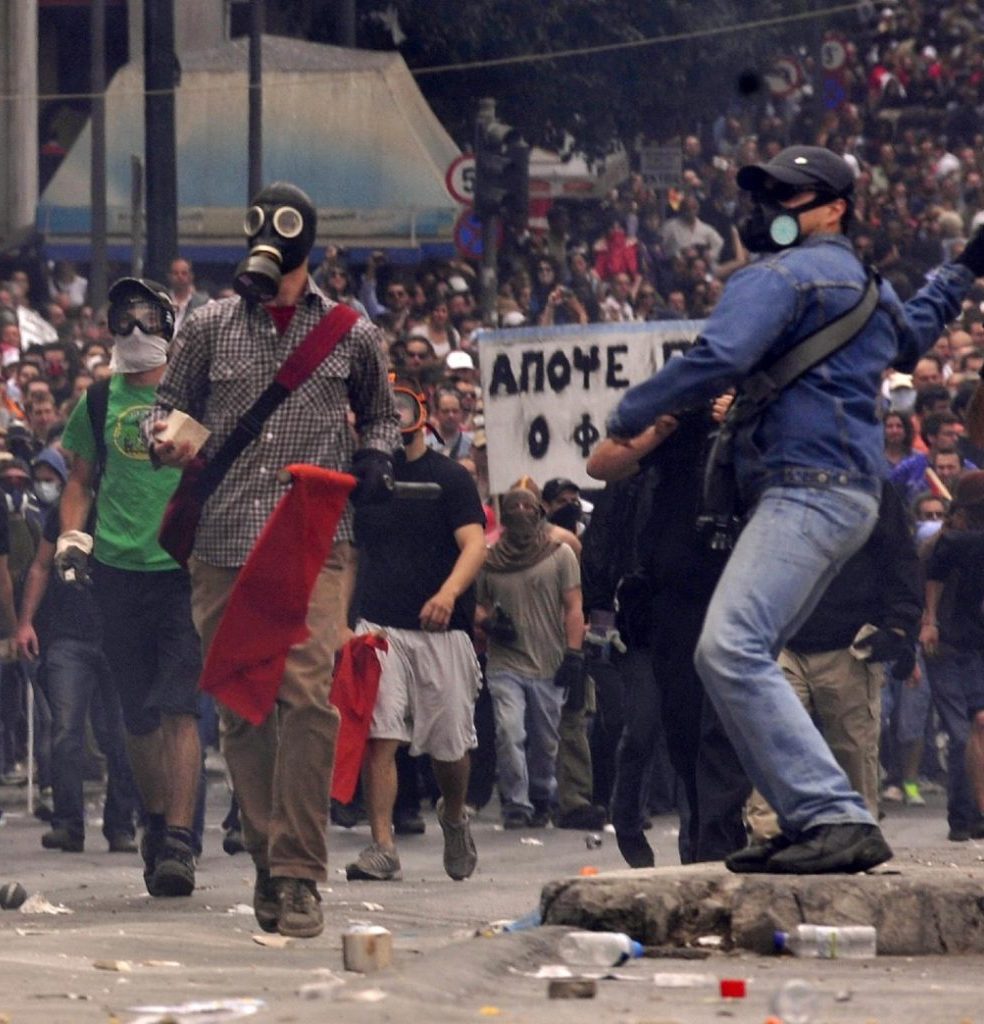