Thousands of teachers and students took to the streets in Mexico to demand justice for 43 young men feared to have been massacred by drug-gang hitmen working in cahoots with corrupt police. Carrying pictures of the trainee teachers who vanished on September 26, the protest in Chilpancingo, capital of the crime-plagued state of Guerrero, was led by some of the anguished parents. Some demonstrators wielded sticks, pipes and riot shields stolen from police, but there was no repeat of the violence that has broken out at several other rallies this week.

This is a social fight, they say we’re violent but it’s how we have to respond to the murders, kidnappings and collusion with organized crime that goes unpunished.

One teacher, his face hidden by sunglasses and a bandana emblazoned with a skull

Authorities say the students were abducted in Iguala, in Guerrero state, by police and handed over to a drug cartel before being murdered and set alight – a claim contested by the victims’ families. Activists say the students were attacked by police and abducted amid fears they planned to disrupt a speech given by the wife of local mayor Jose Luis Abarca, who was arrested on Nov 4. The case has outraged Mexicans accustomed to horrific violence witnessed since former president Felipe Calderon launched a crackdown on drug gangs in 2006.

We cannot give up, someone has to answer for these crimes. 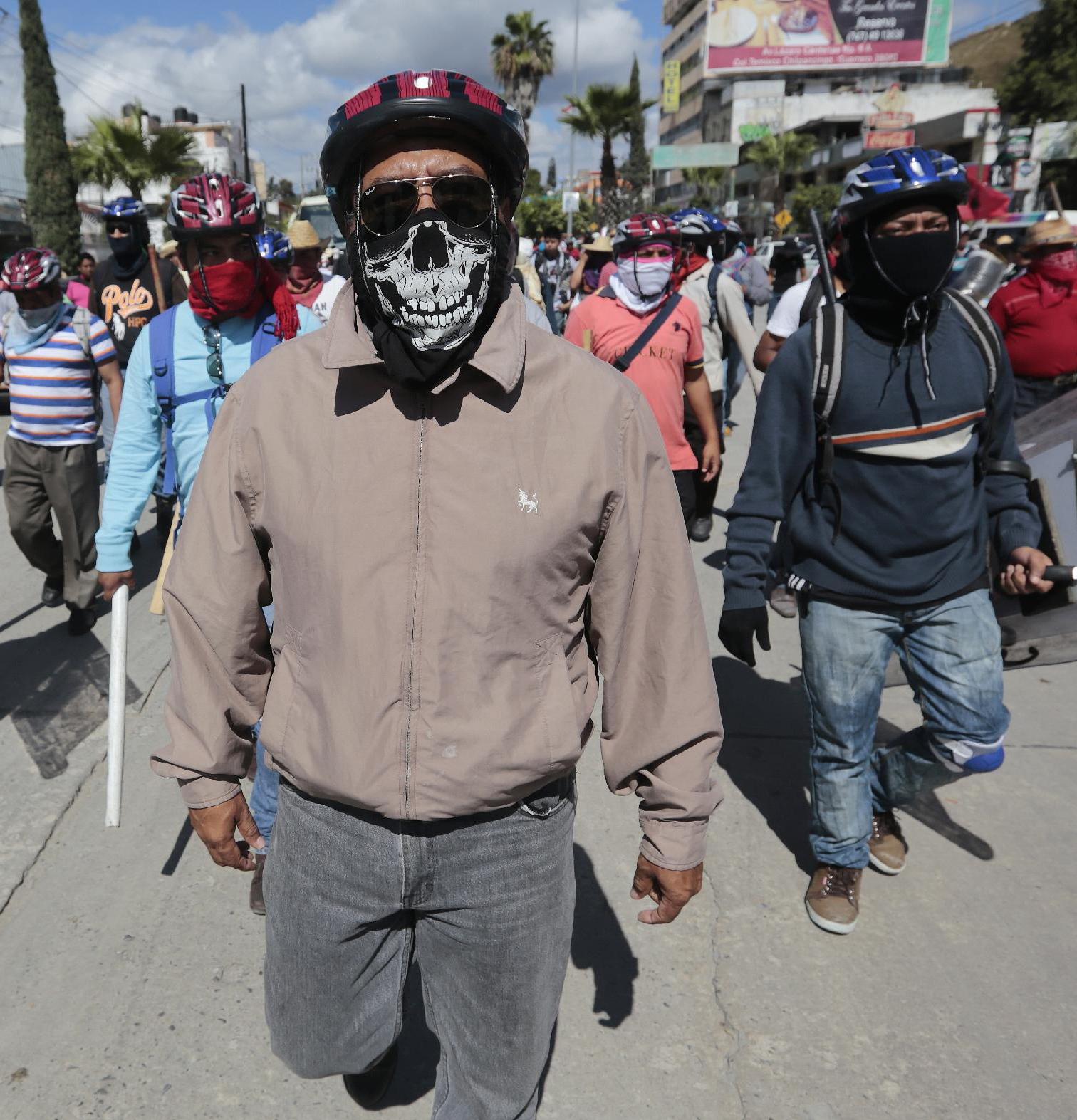