Three young engineers design a ‘bike that can’t be stolen’

Who doesn’t want a bike that can’t be stolen? The “Yerka,” a prototype designed by three young Chilean engineering students, is the latest entry in a recent trend of bikes that can be locked using some of their own parts. The bike’s lower frame opens up into two arms that are then connected to the seat post and locked to a post, so thieves would have to destroy the bicycle to get it unlocked, leaving it valueless. In Chile and elsewhere in Latin America, the spread of designated cycling lanes, storage racks and bike share programs are encouraging commuters to switch from cars to bikes. The young Chilean engineers said they began experimenting with their idea after one of their bicycles was stolen. While waiting for the patent to be approved and carrying out more tests on the bike’s resistance to thieves, the team plans to launch a crowd funding campaign seeking to raise funds.

That’s why our motto is ‘a bike that gets stolen is no longer a bike.’ What we have here is truly an unstealable bike.

Cristobal Cabello, one of the designers

Tony Hadland, co-author with Hans-Erhard Lessing of “Bicycle Design: An Illustrated History,” called the Chileans’ design “very clever.” There have been relatively few attempts to incorporate anti-theft precautions into bicycle design, the British writer said. Leaving aside the familiar shackle locks and chains with locks, most anti-theft accessories have been bolt-on devices, he said. The latter usually involve a piece that passes between the spokes to stop the wheel rotating, but they can still be easily picked open by a thief, he said. 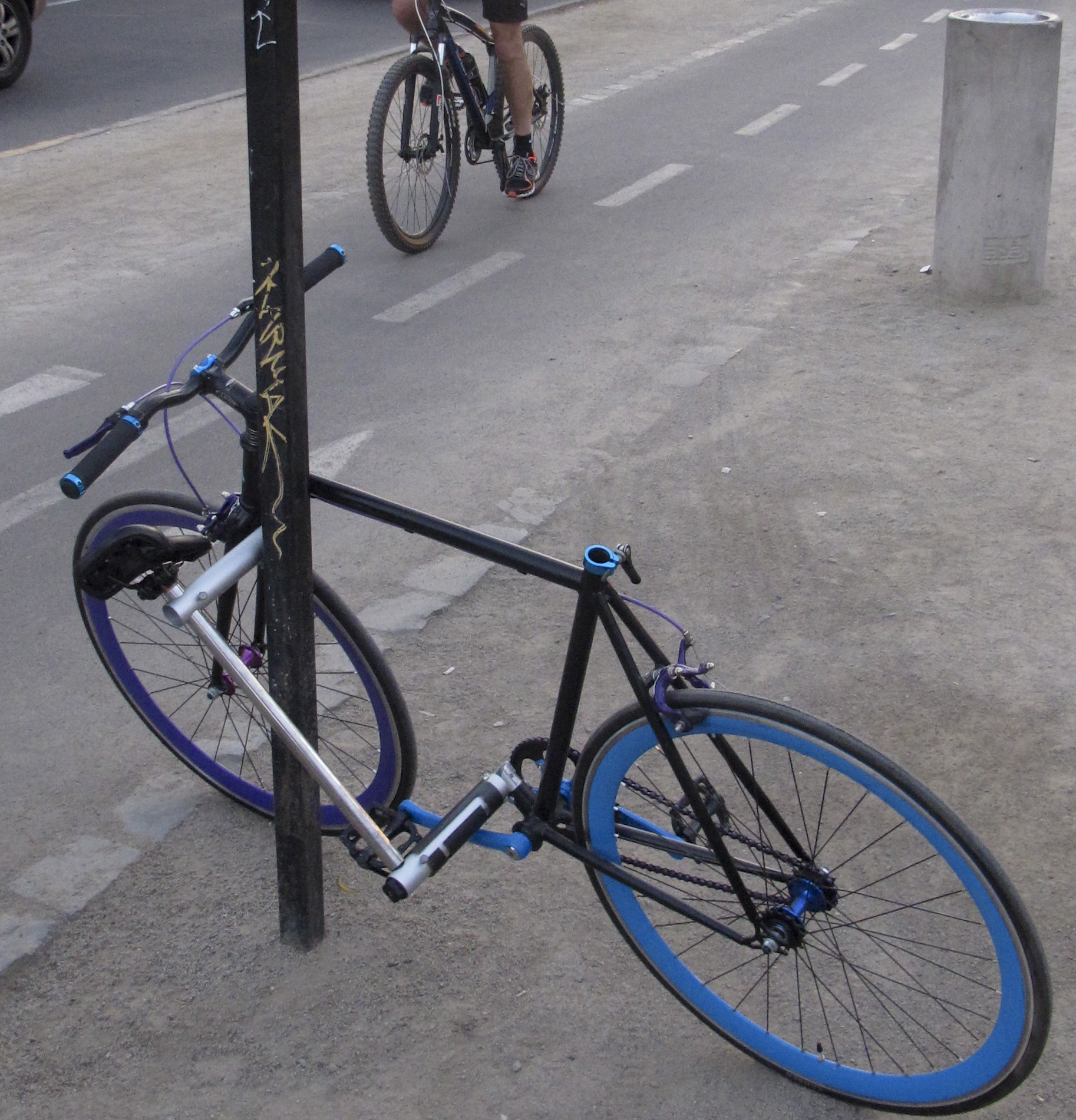