Men receive more online abuse than women, but they are also the main culprits when it comes to trolling, according to a new study by thinktank Demos. Men send around 75% of all abusive tweets - but women are more likely to abuse other women than they are to abuse men. Demos analysed two million messages received by 65 individuals with large Twitter followings, including Piers Morgan, Ricky Gervais and Susanna Reid.

Twitter is providing newer, more direct ways, for the public to hurl abuse at celebrities and prominent personalities.

Carl Miller, Research Director at Demos, who co-authored the report

According to the analysis, 0.95% of tweets received by the women studied were deemed to be offensive in nature; for men the figure rose to 2.54%, almost three times as many. However, there is a large disparity both amongst the men and amongst the women. The study found that 8.7% of tweets received by Piers Morgan were offensive, compared to just 2.6% of tweets to Ricky Gervais. The abusive tweets sent to One Direction’s Niall Horan were so numerous they had to be excluded from the study. The only woman who received more abuse than the average for her male counterparts was ITV’s Susannah Reid (5.22%), many of these commenting on her appearance.

Some of this stuff is so outrageous you have to take it very, very seriously. It is part of our culture that male bloke-ish silliness has a strong misogynist slant. 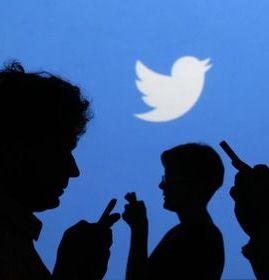